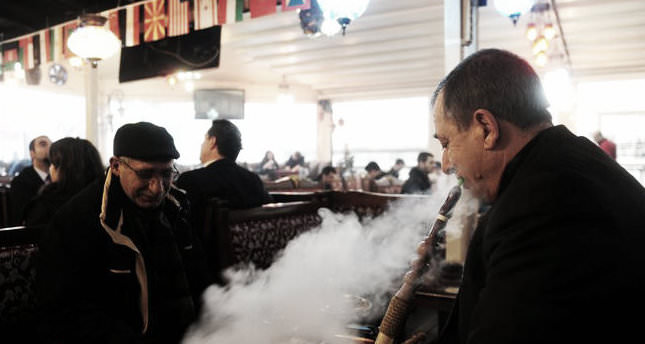 ANKARA — The Ministry of Health is planning to implement new measures against rising addiction to hookahs (water pipes), which are regarded as being damaging to health as cigarette smoking.

Under the new regulations, tables where hookah is being served must be two meters apart and the ceiling a minimum of six meters high. Thus, exposure to secondhand can be minimized.

Hookahs will also feature warning labels with pictures similar to those on cigarette packs to indicate its effects on health.

The ministry also launched a series of public service announcements (PSA) to raise awareness against the dangers hookah smoking poses to one's health. Launched this week, PSAs have the message "Hookah kills." The PSAs counter the perception that hookahs do not have nicotine and therefore are not hazardous.

A study conducted by Turkish universities revealed that hookah smoke is more dangerous than cigarette smoke and aromas added to the hookah to make it more appealing caused emission of a thicker, more lasting smoke.