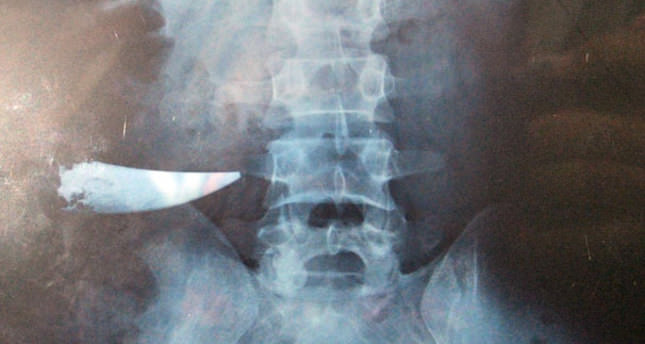 by Daily Sabah Apr 25, 2014 12:00 am
KUTAHYA, Turkey — Surgeons removed 15 objects from a mentally ill man's stomach in western Turkey's Kütahya. The young man, who remains anonymous, was being hospitalized for a stomachache when doctors examining him found several objects inside his stomach.

Through a three-hour surgery, a small knife, teaspoons, small branches, a drinking straw, a pencil and a pen, among other strange objects were removed from his stomach. Neither doctors nor the man's family knew he swallowed the objects.

Doctors said they were puzzled how the man managed to ingest the sharp objects.