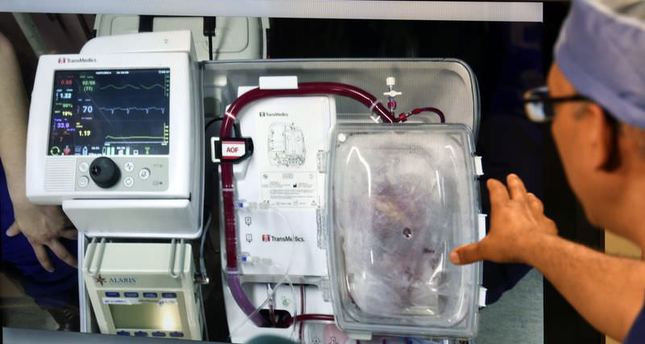 by Oct 27, 2014 12:00 am
Australian doctors have developed a way to transplant a heart that has stopped beating. The new technique means more donor hearts can be used, researchers at St Vincent's Hospital in Sydney were quoted as saying by broadcaster ABC. The new technique, which they spent 12 years developing, consists of a portable unit to keep blood flowing through the heart tissue, and a preservation solution to improve its resistance to oxygen shortage. Michelle Gribilas, 57, was the first patient to receive a heart by the new method three months ago, said Professor Bob Graham of the hospital's Victor Chang Cardiac Research Institute.

The new heart stopped beating for 20 minutes during the procedure, before being resuscitated using another function of the new console. A second transplant using the same method has since been performed on a second patient, a 44-year-old man, Graham said. Heart transplants have to date only been performed where the organ is still beating. This means it has only been practical where the donor and recipient are in the same place, and only legally possible where death can be pronounced as soon as brain activity ceases. The innovations "will potentially open up heart transplantation in Japan, Vietnam and other places where the definition of death is heart death, not brain death," Graham was quoted as saying.

"In those countries they can't do heart transplantation" at the moment, as by the time the donor is legally dead, the heart is no longer recoverable by established methods. The world's first heart transplant was performed in South Africa by cardiac surgeon Christian Barnard on Dec. 3, 1967.