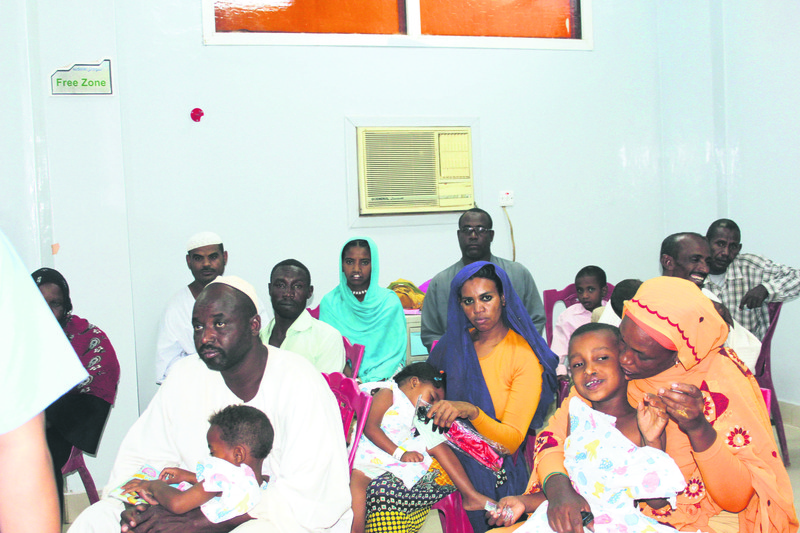 For those who are in need of help, Doctors Worldwide (DWW) is "There and Everywhere." Since 2000, a group of doctors have been reaching out to people who suffer from health problems. Calling what they do as an act of compassion rather than a mission, Doctors Worldwide aims to provide help to as many people as possible irrespective of their religion, race, nationality or status. DWW offers several medical services, especially protective health services, disaster emergency services, curative medical services, improving physical capacity services and training services. Headquartered in the U.K., Doctors Worldwide also has a branch in Turkey so that it can provide more services around the world.

The Turkish branch of the nongovernmental organization - Yeryüzü Doktorları - has reached out to 40 countries on four continents and provided them with medical care. DWW, which is the third biggest relief organization in the world in terms of budget, has been undertaking many international joint projects in collaboration with World Health Organization, UNICEF and the Organization of Islamic Cooperation. Moreover, DWW's Turkish branch also collaborates with Turkey-based organizations such as the Turkish Cooperation and Coordination Agency (TİKA), the Prime Ministry's Disaster & Emergency Management Authority (AFAD), the Ministry of Health and the Turkish Red Crescent. The most important projects DWW engages in are the medical fields of ophthalmology (operations to cure metabolic cataracts caused by heat), gynecology (fistula operations and operations to repair ruptures caused by premature birth), plastic surgery, urology and general surgery.

As part of the Smiling Children project, Doctors Worldwide has conducted surgeries and offered treatments in 16 different countries and regions, including Gaza, Azerbaijan, Mauritania and Yemen since 2007.

Thanks to DWW and TİKA, millions of children have had their physical defects treated to regain their health. Doctors Worldwide recently treated many Sudanese children with cleft lip and palate who could not eat, speak and even laugh or smile. The Smiling Children Project mainly aims to increase the living standards of children with cleft lip, cleft palate and hypospadias by offering them treatment and plastic surgery. As a part of the project, more than 10 healthcare specialists went to tens of different countries, especially Syria, Palestine, Azerbaijan, Mauritania, Niger, Sudan, Yemen and Somalia. Thanks to the efforts, 1,813 children were examined and 836 of them underwent surgeries.

Professor Ethem Güneren, the leader of the Smiling Children Project, offered insight into the project to Daily Sabah upon his return from Sudan. Güneren, who is the vice chancellor of Bezmialem Foundation University, head of the Faculty of Medicine's Department of Reconstructive and Plastic Surgery and a member of Doctors Worldwide, said that there are 19 staff members of Doctors Worldwide Turkey. "Before the program, we receive the needs assessment list. In line with this list, we approve the needs analysis and test it to determine if we can meet the necessary demand or not. Following this process, we design the project (such as the dates, time, place, needs list, etcetera), and present it to TİKA, the main sponsor. After TİKA's authorized body overviews the project, it takes the necessary security precautions and offers financial support to the project. All of our projects are approved by TİKA."

Cleft lip and palate are congenital deformities caused by a defect while the facial tissues are uniting during the embryological period. Although these two deformities can be seen separately, some patients suffer from

cleft lip and palate at the same time. As they cannot be nursed due to their conditions, most babies with cleft lip and palate die before the age of one. However, those who survive infancy have a hard time eating, speaking, socializing and even smiling. Babies, children and young people all over the world suffer from physical and psychological problems with a cleft in their lips or palate. Fortunately, though, clift lip and cleft palate are very treatable.

Anesthesiologist and assistant professor Erdoğan Öztürk, Güneren's assistant, medical doctor Burak Kayan, nurse Serap Aslan, who also coordinates the team, anesthesia technician Deniz Bozkurt and Faculty of Medical student Hüsna Esenoğlu were among the medical staff that visited Sudan for the Smiling Children Project. Öztürk stressed that although they went to Sudan to treat 30 children, they performed 43 surgeries on 41 patients and used every last drop of medicine they had.

Stating that they organize more 30 surgical camps abroad thanks to the hard work and devotion of Doctors Worldwide, Güneren said: "We conduct training studies in Uganda, Yemen and Somalia. It is impossible for a person who participated in one of these projects to stop helping people. We need to make these projects and camps heard by young doctors. I brought my assistant for all the projects as well. We offer education to people. If we do not make young medical students realize the importance of these projects, they probably would not come and join us, as they have settled lives."

The effects of cleft lip and palate on social life

Most children suffering from cleft lip and cleft palate have difficulty eating and speaking. If they attend school, they are often teased by their peers, forcing them to hide in their homes in isolation and shame. Most children suffering from clefts never finish school, making it extremely difficult to find gainful employment as they get older, leaving these children and their families in a lifetime of social and economic poverty.

Öztürk emphasized that the Smiling Children Project targets a more permanent aim besides operating on children with cleft lip and cleft palate. "As there are very few doctors to offer them treatment in their countries, many patients suffer from various diseases. As they cannot anesthetize the patients, the doctors cannot operate on them." He said that the Turkish branch of DWW intends to build an education system in those countries, as there is no way that a handful of doctors can operate on all of those people. "It is hard to find people who can receive

training on cleft lip and cleft palate operations; however, when we do so. We will generate a solution to finish all these surgeries," he added.

In the next two years, Doctors Worldwide plans to operate on 5 percent of cleft lip and left palate patients born within the last three years in underdeveloped countries and educate one plastic surgeon in each region about these operations, generating solutions to the problem. Accordingly, DWW expects an increase in the number of treatments by trained surgeons and aims to offer treatment to 50 percent of people waiting for volunteer medical teams. DWW continues to offer training on these surgeries and conduct studies to increase the capacity of doctors in underdeveloped countries.
Last Update: Apr 02, 2015 1:57 am
RELATED TOPICS