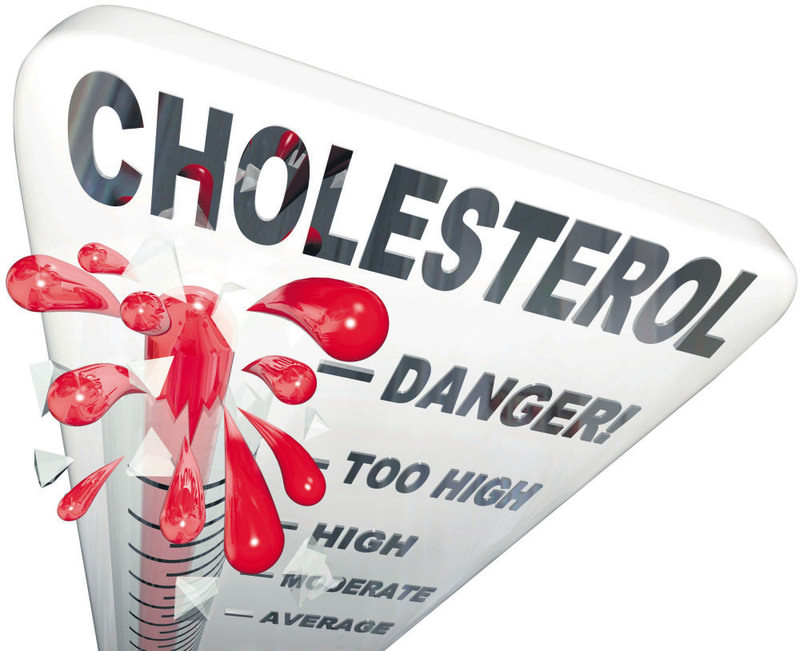 by Anadolu Agency Apr 09, 2015 12:00 am
Certain Turkish health specialists argued on Wednesday that high cholesterol does not cause heart disease or strokes, contrary to worldwide beliefs held by health professionals.

"Trans fats, refined sugar and refined flour are some of the basic causes of heart diseases and strokes," Professor Dr. Ahmet Rasim Küçükusta, a heart disease specialist said. "High cholesterol is not a disease that needs to be treated." Küçükusta was speaking to members of the press in Istanbul to introduce his new book called "Big Cholesterol Lies." He said that cholesterol was an essential substance for the human body, not a risk factor for coronary disease as many people believe.

"Chalking all heart attacks and strokes up to cholesterol has one purpose: to increase the sales of cholesterol drugs," he said. "Through this book, I have tried to show how the drug industry misleads people."

Drugs fighting high cholesterol, called statins, "are among the most widely prescribed and most lucrative products ever developed by the pharmaceutical industry," he said in an article in the Wall Street Journal last March.

d "$29 Billion Reasons to Lie about Cholesterol" in 2009, also argues that higher cholesterol does not correlate with a higher incidence of heart disease.

"There is no research saying raised cholesterol causes vascular occlusion. On the country, people with high cholesterol live healthy and longer lives," she said, blaming instead sugar and trans fats.

Karatay is renowned in Turkey, mostly for her unorthodox advice to eat butter without restraint and criticizing scientists who label fat as a health hazard. Time magazine dedicated its cover to this claim with the concise title "Eat Butter."

The American Heart Association, a nonprofit organization, which "fosters appropriate cardiac care in an effort to reduce disability and deaths caused by cardiovascular disease and stroke," also maintains high cholesterol is "one of the major controllable risk factors for coronary heart disease, heart attack and stroke."

"As your blood cholesterol rises, so does your risk of coronary heart disease. If you have other risk factors such as smoking, high blood pressure or diabetes, this risk increases even further," it sais.

The Turkish doctors on Wednesday stressed that the most effective way to prevent heart diseases and strokes is to lead a healthy life.

"If we eat healthy food, do enough exercises and do not smoke cigarettes, then 90 percent of heart attacks and strokes will be averted," Küçükusta noted.
Last Update: Apr 10, 2015 12:31 pm
RELATED TOPICS