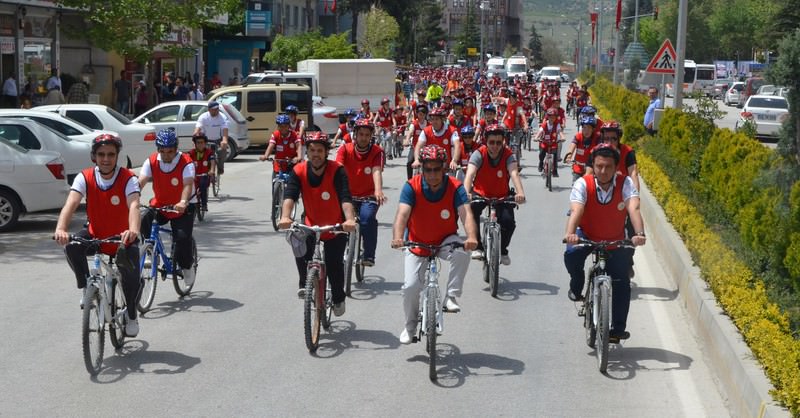 by Daily Sabah with AA May 18, 2015 12:00 am
A written statement released by Turkey's Ministry of Health on Monday said that one million bicycles will be handed out in order to promote cycling as part of the Healthy Nutrition and Active Life Program and Physical Activity Stimulating Project, with the order of the Minister of Health, Mehmet Müezzinoğlu.

"Children, primary schools, universities and municipalities are the focus group of this project. 10.589 bicycles will be delivered on 19 May 2015 first, to the governmental schools that open the course of sport and physical activities or bicycle module in 5th, 6th and 7th grades. Bicycles have been also sent to 30 metropolitan municipalities," the statement said.

However, municipalities have to meet specific criteria to be able to receive free bikes. Some of the most important criteria mentioned in the statement are;

The ministry will start handing out the bicycles on Tuesday.
Last Update: May 18, 2015 8:39 pm
RELATED TOPICS