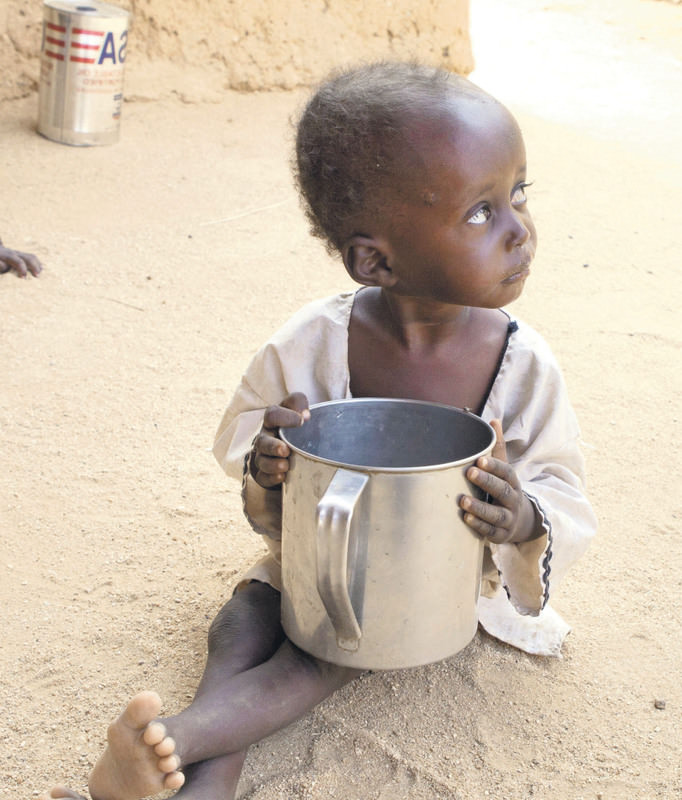 by Daily Sabah May 28, 2015 12:00 am
The number of hungry people worldwide has dropped below 800 million, according to a report on Wednesday by the U.N. Food and Agriculture Organization (FAO), World Food Program (WFP) and International Food and Agriculture Development.

The "State of Food Insecurity in the World 2015" report indicates that even though the number decreased to 795 million, one out of nine people in the world are still hungry, so the next target for countries should be to eradicate that situation.

The report revealed that 216 million less people were described as hungry compared to between 1990 and 1992. Insufficient nutrition rates among developing countries has also fallen from 23.3 percent to 12.9 percent over the last two decades. Moreover, it revealed that 72 out of 129 countries have reached their target, which was identified as the Millennium Development Goals at the World Food Summit in 1996.

South America shows remarkable success in resolving the hunger problem. Less than 5 percent of the continent's population faces hunger today, reduced by more than 50 percent since 1990.

Natural disasters, poor governance, prolonged crises and violent conflicts worsen the situation in many African countries. While 12 countries across the continent were facing food crises in 1990, 20 years later that number has risen to 24, including 19 that have been in crisis for more than eight of the previous 10 years.

Evaluating the report, FAO Director General Jose Graziano da Silva said: "It is good news to see that hunger has considerably decreased worldwide. The success on reaching the Millennium Development Goals shows us that hunger can be completely eradicated from the earth, and we are close to reaching that target."
Last Update: May 29, 2015 12:38 am
RELATED TOPICS