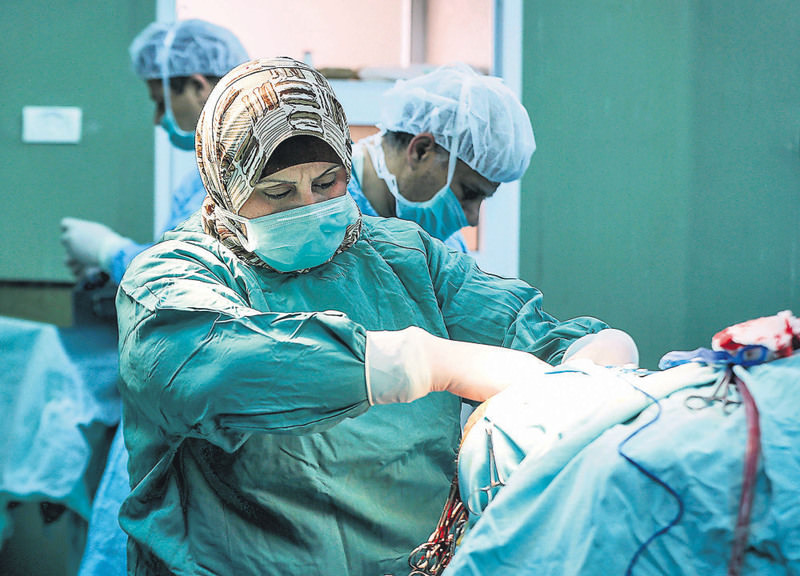 by Daily Sabah Jun 03, 2015 12:00 am
Dr. Muna Keskin, the only female neurosurgeon in the Gaza Strip, devotedly continues her efforts despite challenges. Keskin, 41, said that she started to work at the most extensive sanitary complex in Gaza, Al-Shifa Hospital, after studying brain and nerve surgery at one of the state universities in Kazakhstan in 1998. Saying that people around her suggested she shift her expertise claiming the field is not compatible with "female sensuality," Keskin said she continued with neurosurgery due to the insufficient number of experts in this field.Of the three major Israeli offensives on the Gaza Strip occurred since 2008 she said: "I have faced different situations many times during my duty. But the toughest one was seeing my close relative, who was seriously wounded by the Israeli attacks, in hospital."

She also spoke of the difficulties of bringing balance to working as a doctor and being a wife and mother. "Especially, my duty has become very tough during the Israeli offensives. While hundreds of people who were seriously wounded were brought to the hospital, I wasn't able to find a chance to communicate with my family. That's why I rented a house close to my father so he can care for my kids during my absence," she said.
Last Update: Jun 04, 2015 11:45 am
RELATED TOPICS