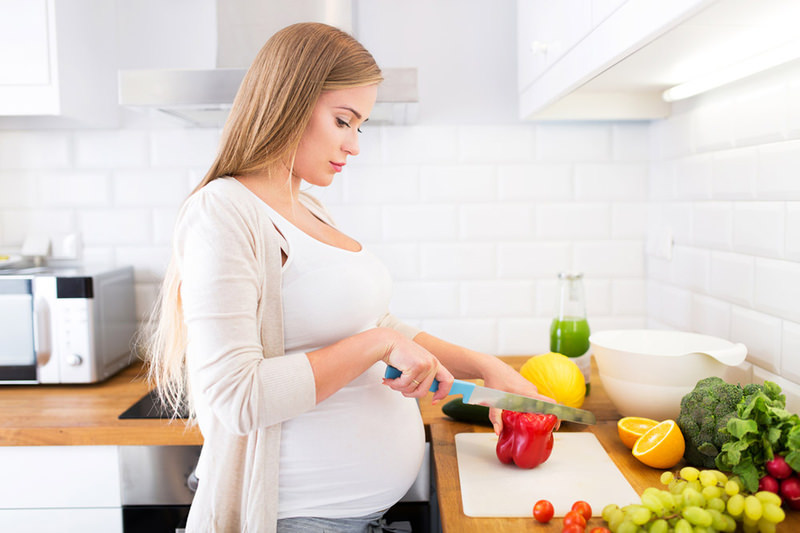 Expecting mothers might be afraid of gaining weight during pregnancy and so they eat less. However, malnutrition causes a number of developmental diseases in babies.

Malnutrition during pregnancy causes certain health problems to both the mother and baby, and endangers their lives in the future. Many future mothers who experience infections transmit their disease to their children through their blood, which leads to the risk of miscarriage, premature birth, stillbirth, anemia in mothers, toxemia of pregnancy and bleeding that are caused by the early separation of the placenta, all of which threaten the lives of both babies and mothers. Additionally, tooth decay and osteomalacia (softening of the bones) are also frequently seen during pregnancy and in women who give birth multiple times. Therefore, if future mothers do not take calcium, phosphorus and vitamin D supplements during pregnancy, the mother's teeth and bones may weaken.

Dr. Halime Şule Selman said malnutrition during pregnancy causes the baby to develop certain illnesses, such as rickets, anemia, scurvy and osteomalacia, and can even leads to babies dying before birth. Selman said hunger and malnourishment leads to malnutrition, and stressed: "People who experience malnutrition at a very early age have slow physical and mental development, or it might even stop altogether. In developing countries, 147 million children attending kindergarten experience malnutrition." According to Selman, malnutrition also causes Marasmus disease in children. This disease causes children to have a body weight reduced to less than 60 percent of the normal body weight for their age, wrinkled skin and bug-eyes. "On the other hand, Kwashiorkor disease stops children's physical development and causes a color change in the child's body. Hair color also changes and begins to fall off," she adde She highlights that breastmilk is the most important source of nutrition for children for healthy growth and normal development. "It also boosts children's immune system and works as a shield against bacterial diseases," she said, adding that mothers who do not eat enough food cannot produce milk and the quality of their milk reduces, which causes a significant problem for children's nutrition.

Selman explained that every year, 17 million children are born underweight as their mothers cannot eat properly. Moreover, 6 million children die before the age of five due to malnutrition, and many mothers in poor countries lose their babies as they cannot produce milk due to malnutrition. Highlighting that diseases caused by hunger and malnutrition are the cause of 60 percent of deaths in developing countries, Selman said mothers' milk is very important for babies, adding that pregnant women should take iron and folic acid supplements in addition to calcium, phosphorus and vitamin D supplements.

Hundreds of thousands of mothers and babies die each year due to malnutrition. U.K.-based charity Doctors Worldwide provides the necessary nutrition and baby formula as well as regular health screening to mothers and babies living in poor countries who are struggling to survive thanks to their campaign "Babies Cannot Endure Hunger." Volunteer doctors who fight hunger all over the world say that a baby can be fed for TL 1 ($0.37) a day, and have stressed: "We should share the abundance of the holy month of Ramadan with small babies and their mothers who are struggling with hunger because babies cannot endure hunger."
Last Update: Jul 07, 2015 9:36 pm
RELATED TOPICS