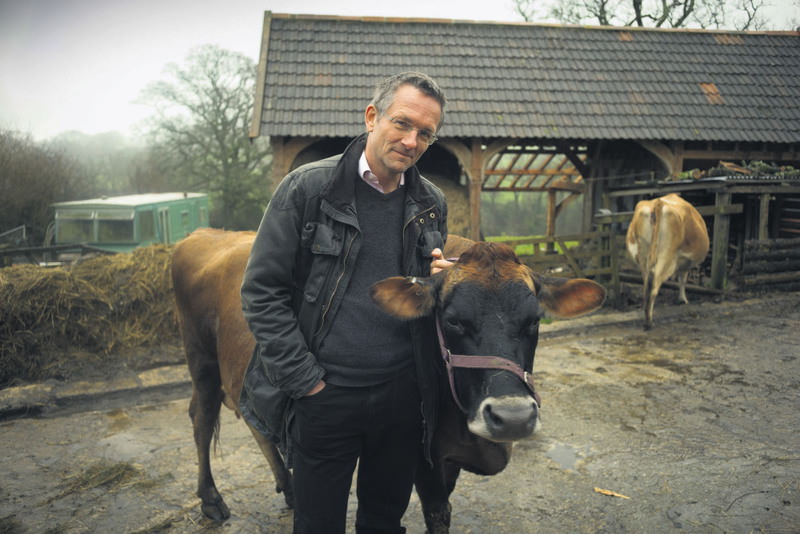 In a BBC Earth documentary that will be broadcast in Turkey on Monday, Dr. Michael Mosley seeks to establish the truth about meat and wants to learn if red meat like beef and lamb and processed meat like ham and salami are really as unhealthy as we are told

When I became a vegetarian in 2010, friends and relatives were concerned that the diet would destroy my health. Where would I get iron now and which food would provide the zinc my body so desperately needed? I would most certainly die from a lack of protein but not before turning into a pale-skinned sandal-wearing skeleton with no energy left inside to do anything. After giving up meat, I became obsessed with films and books about meat for a while. From Morgan Spurlock's "Super-Size Me" and Jonathan Safran Foer's "Eating Animals" to Eric Schlosser's "Fast Food Nation: The Dark Side of the All-American Meal," all the books I read about the subject seemed to have the same message: meat is bad, very bad for you, happy is the one who calls himself a vegetarian.

Michael Mosley, a British journalist best known for his television programs on health and medicine, approaches the subject from a different angle. What if meat is not that bad, he wonders in a new documentary. What if it is wrongly accused of being the Lord Voldemort of diets? His documentary, "Should I Eat Meat," which will be broadcast on BBC Earth on Aug. 3 at 10:50 pm, voices his skepticism about scare stories concerning meat. Mosley wants to learn if red meats, like beef and lamb, and processed meats, like ham and salami are really as unhealthy as we are told.

Born in India in 1957, Mosley had studied philosophy at New College, Oxford before deciding to become a psychiatrist. In 1985 he joined the BBC where his series about brain and exercise proved popular with viewers.

In "Should I Eat Meat" we watch Mosley as he meets leading doctors and scientists who have been studying meat for decades. Embarking on a high meat diet to learn about what happens when he eats twice as much as he normally does, Mosley turns his body into a subject of experiment. He learns about what the latest research suggests through visits to southern California and Harvard where scientists explore the impact of processed meat compared to red meat. Finally he has a health check to see what has happened to his blood pressure and cholesterol after his intense intake of meat.

"I had this project on my mind for a long period of time," Mosley told me in an interview last week. "I was wondering about my own consumption of meat. I wanted to investigate whether it was doing any good for me. That is how it started. I was wondering whether I should become a vegetarian or not. So it was mostly about curiosity."

Mosley ate around 130g of meat a day to research the effects on his body. In an article for the BBC, he described how he was delighted to be approached by the channel to make a documentary about the issue: "I like eating meat, but what was once an innocent pleasure is now a guilty one. If you believe the headlines, regularly indulging in a steak or a bacon sandwich raises your risk of heart disease and cancer. The threat to health comes not from eating white meat, like chicken, but from red and processed meat... I decided to go on a high-meat diet to see what effects doubling my intake to around 130g a day would have. My wife, Clare, who is a GP, has for many years been trying to cut our family's consumption of red and processed meat. I, however, was resistant. So we were both delighted when Horizon asked me to investigate what, if any, the risks really are."

Mosley emphasizes how there are lots of good things in red meat: beef is a perfect source of protein and essential nutrients, including vitamin B12 and iron that are vital for health.

The problem is that meat is high in saturated fat. Compared to a gram of tofu, it has more than 15 times more saturated fat. What complicates the picture is Mosley's announcement that cheese has even more saturated fat than burgers. Meanwhile, the vegetarian's favorite food tofu has so little protein that a regular eater needs to take it from somewhere else. Eating healthy, you see, is far from a simple task.

Mosley's most interesting discovery in "Should I eat meat" is that while there is an increase in health risks for those eating more than 160g red meat every day, non-meat eaters are also at risk. According to researchers "a low - but not a zero - consumption of meat might be beneficial for health. This is understandable as meat is an important source of nutrients, such as protein, iron, zinc, several B-vitamins as well as vitamin A and essential fatty acids."

Not everyone loved Mosley's program. John Crace in the Guardian criticized him for presenting indeterminate results. "Though his cholesterol, body fat and blood pressure went up, there were no other lifestyle markers taken into consideration," Crace wrote. "Had he exercised less than usual? Was he under stress while making the documentary? Had he drunk more? All were possible, even likely, and without this information, his medical findings were of limited value."

At the end of the program, eating lots more processed meat proves to have a disastrous effect on Mosley's body. After a month of burgers he piles on the weigh and his cholesterol and blood pressure levels soar. "I have gone back to my old diet, eating the occasional steak and pork chop. But there will be fewer burgers and sausages on the BBQ this year," he wrote in his BBC article.

If you want to make up your own mind about Mosley's program and your own eating habits, you can watch "Should I Eat Meat" on Aug. 3 at 10:50 p.m. on BBC Earth. In the meantime it is a good idea to eat less meat and keep an eye on your zinc and iron levels.