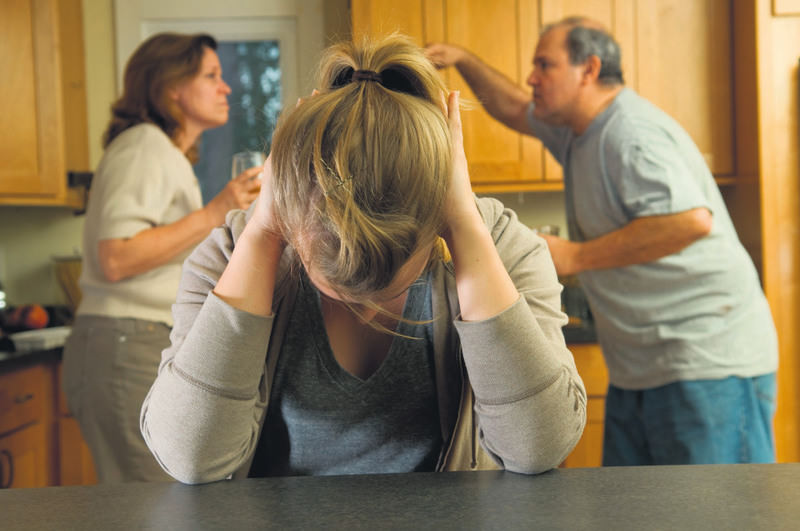 by Daily Sabah Aug 10, 2015 12:00 am
The Turkish Green Crescent's (Yeşilay) monthly magazine has attracted the attention of readers thanks to its covering of essential family issues. Family environment plays an important role in a child's character, especially their tendency toward anger, violence and aggressive behavior. The magazine article says a child can turn into a violent individual if it is continuously exposed to aggression and anger in its childhood years. There are some recommendations for controlling a child's anger. Experts believe that the family atmosphere and environmental factors shape a child's character.

From the age of two, parents can have a difficult relationship with their child. If parents lose control and react physically, then a child's anger will increase and they may imitate that physical violence in the following years. Furthermore, children may also want to prove themselves through violence and, even worse, acquire certain addictions. Associate Professor Esra İşmen of the Istanbul University Psychological Counselling and Guidance Department and also family therapist specialized in child abuse said that families are recommended to create sufficient reciprocal relations with their children.

Social competencies serve as a protective factor during the adolescent period. This is because families should teach the necessary social and moral values like respect, tolerance, honesty and courtesy, which will help them learn how to tolerate their anger and aggressive attitude. If they are well-trained in such fields, then they can also protect themselves from addiction," she said. A study undertaken by the İzmir Dokuz Eylül University shows attention-grabbing results among children. The study covered secondary school children aged between 11 to 16 from around Turkey. About 44 percent of surveyed children suffer from violence. Thirty-one percent of the violence rate was found to be physical violence. What is worse, children exposed to family violence show similar reactions to their classmates at school. Indeed, children who are unable to show their anger reflect this aggressive behavior at school. If such behavior is not controlled, children face a higher risk of aggression during puberty and the following periods.

Experts say that families have a big role in controlling anger in children. This is why parents are advised to behave in a way that makes them role models for their children. They are the first people that should control their anger and encourage their children to avoid similar attitudes. Parents are also recommended to show a consistent tendency for teaching them which behaviors are acceptable and which are not. Intrafamily democracy should be sustained and parents should create a trust-based relationship with their children, while following their social life and friendships. Children are not recommended to watch films or computer games including violent content. Parents can encourage them to play games that will improve their development and should not talk loudly, while avoiding angry words.
Last Update: Aug 10, 2015 1:55 am
RELATED TOPICS