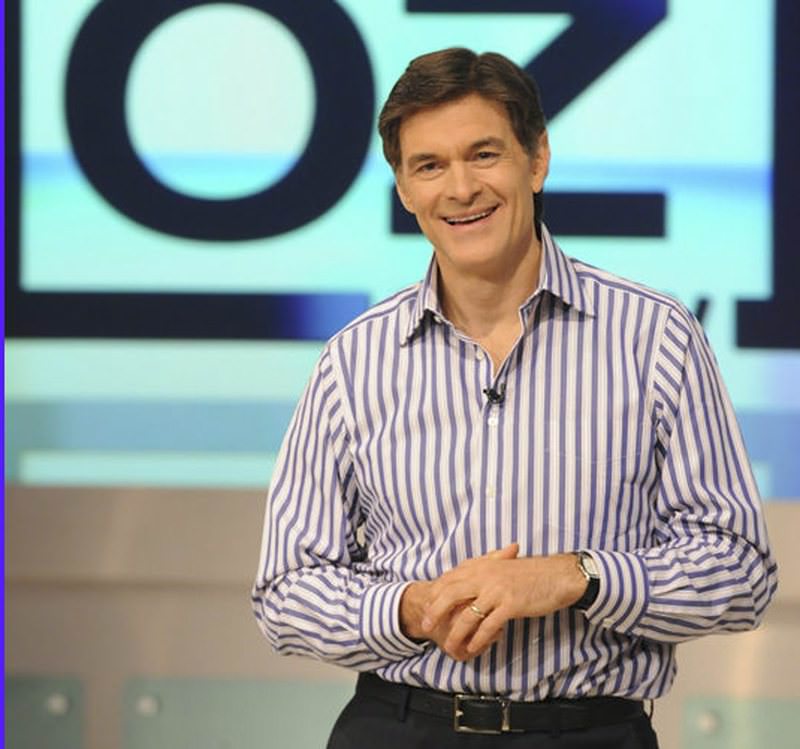 Dr. Mehmet u00d6z is pictured during the production of The Dr. Oz Show in New York. (AP Photo)
by Daily Sabah Aug 18, 2015 12:00 am
Q Scores, the company that polls Americans on their favorable and unfavorable opinions about brands and celebrities, has released its 2013-2015 data of negative ratings for famous people in which 'the (once) mighty [Dr. Oz] have fallen'.

In the list, the once wildly popular Dr Mehmet Öz of Turkish-descent suffered a lot of negative Q scores measuring his 'unpopularity'. Dr Mehmet Öz, previously known as "America's doctor" thanks to his show 'The Dr. Oz Show', saw the third biggest spike in negative 'unpopularity' scores and lost 16 Q popularity points since the last polls in 2013.

In April, 10 physicians had wrote a letter to Columbia University's dean of health sciences and medicine, Lee Goldman in which they called for the dismissal of surgeon Dr. Mehmet Oz for "manifesting an egregious lack of integrity by promoting quack treatments and cures in the interest of personal financial gain."

After the incident, Oz was widely referred to as "America's quack"

Q scores collects these opinions biannually and their ratings are expressed in terms of percentage points.