Turkish stem cell banks open up to the world 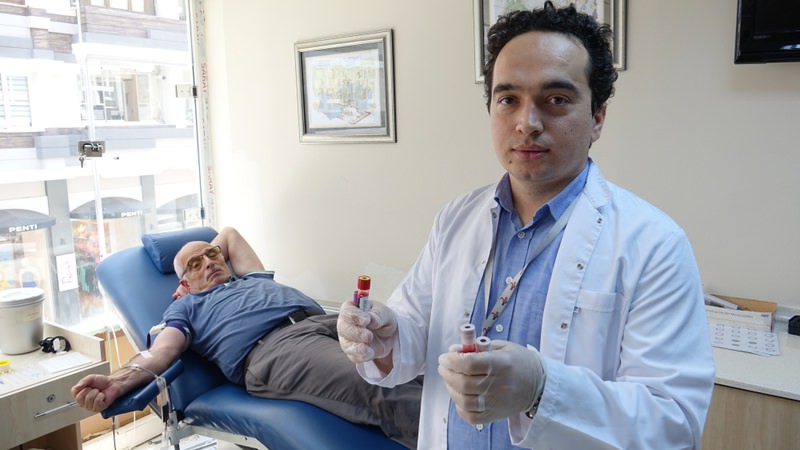 Turkey's Stem Cell Coordination Center (TÜRKÖK), which has a database with more than 60,000 donors and treats local patients in Turkey, will open its database to international bone marrow banks in order to access the common donor pool to increase the chances of a match

Initiated by the Health Ministry and the Turkish Red Crescent, the Turkey Stem Cell Coordination Center (TÜRKÖK) project will treat patients from around the world who are on the waiting list for stem cell therapy with the stem cells that they will collect.

Speaking to an Anadolu Agency (AA) correspondent, TÜRKÖK Project Manager Savaş Koç said the project will offer hope for patients suffering from leukemia, lymphoma and myeloma. He added that bone marrow banks around the world have a common pool and all accredited bone marrow banks can be accessed by all countries. He also said more than 25 million donors donate to these banks.

Stressing that people who do not have a sibling match for bone marrow use these banks for stem cells, Koç continued: "Stem cell banks were initiated in Turkey through the TÜRKÖK project a year ago. More than 60,000 people have donated to the bank since August 2014."

For patients in Turkey, TÜRKÖK data will first be scanned for a positive match. If no match is found, the international bone marrow banks will be scanned. "Thanks to TÜRKÖK, Turkey will no longer depend completely on stem cell transfers from abroad. Until now, we mostly depended on the international bone marrow banks. As the number of donors increase, Turkey's dependence will decrease," Koç said.

Koç highlighted that importing stem cells from abroad is not an easy thing to do and underscored the financial and spiritual difficulties of the procedure. He assured people that all these difficulties will be removed with TÜRKÖK.

Dr. Serdar Şıvgın of Erciyes University's Faculty of Medicine and the Secretary General of the Hematologic Immunology Association said they have been finding matches in the U.S., Israel and Scandinavian countries for Turkish patients for years and they can engage in a stem cell transfer procedure in Turkey. He said the TÜRKÖK project will offer its services in Turkey as well as the entire world. "A donor in Turkey can save the life of a patient in the U.S. or any other country," Şıvgın stressed. He added that they sometimes come across people who cannot donate bone marrow, although the patient is a sibling, or people who do not show up at the hospital on the day of the surgery. He claimed that TÜRKÖK will prevent patients from experiencing these incidences.

Şıvgın said social media accounts are used for many patients who are in search for a stem cell transfer if they cannot find a match from their siblings or surroundings. "Although this is not a very healthy option, people turn to social media in search of hope. Thanks to TÜRKÖK, families will not be forced to look for stem cells online. They will be able to apply to TÜRKÖK for the stem cells they need for the patient. However, the number of donors needs to be increased," Şıvgın said. According to Şıvgın, the more the number of donors increases, the more patients have a chance, as well as hope. "There is a great difference between looking for a match out of 20 million people instead of 100,000," he added.

Şıvgın said stem cells are not only used for cancer patients but almost every part of life, and added that the importance of the bone marrow banks will grow in the upcoming years.
RELATED TOPICS