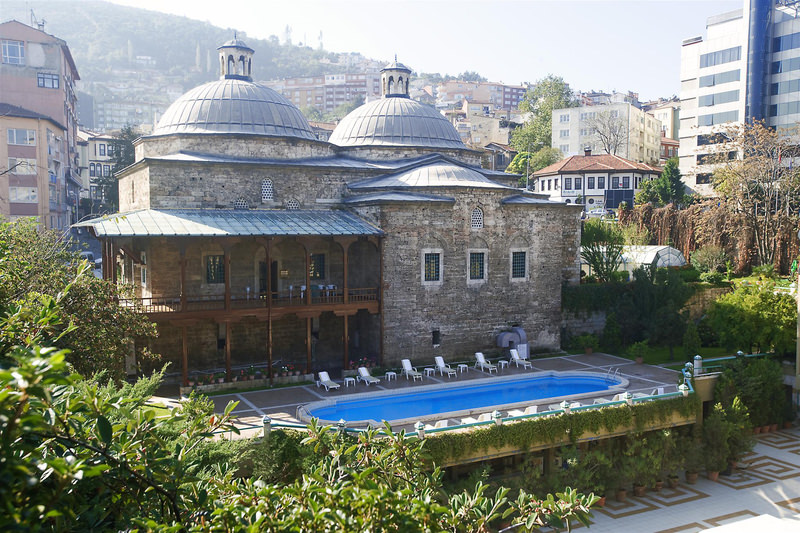 A member of the European Historic Thermal Towns Association, the province of Bursa will host the general assembly of the association this year

Bursa, the only province in Turkey that is a member of the European Historic Thermal Towns Association (EHTTA), will host the general assembly of the association between Oct. 19 and Oct. 21. The three-day meeting will welcome the representatives of 36 cities from 13 countries.

The main theme of the assembly, which happens every year in a member city with a historical thermal identity, will be: "Discovering the European Route of Thermal Heritage and Bursa: The City on the Silk Road." Speaking to the press, Bursa Governor Münir Karaloğlu said Bursa is a unique city with its history, culture and natural beauty. He also highlighted that the city dazzles people with its thermal water as well as thousands of years of public baths and hot springs. Commenting on the importance of hosting EHTTA's general assembly in Bursa, Karaloğlu said the meeting will reinforce Bursa's identity as a thermal city. Stressing that Bursa is the first and only city from Turkey to be chosen as a member of EHTTA, Karaloğlu said Bursa was welcomed into the association in March 2013 and became a member and policymaker of the association's board in 2015. "Bursa is home to numerous hot springs and public baths inherited from the Roman, Byzantine and Ottoman periods. With its modern thermal facilities, along with its 6,000 bed capacity, Bursa earns the title of being a thermal city, said Karaloğlu.

He said that Turkey has been making a move in health tourism in the last couple of years and Bursa has made a breakthrough for being a health center of Europe. Karaloğlu said: "Our main goal is to introduce Bursa's thermal heritage to all of humanity. We aim to open the hot springs of Bursa, which offered remedies to emperors, sultans and queens throughout history, for the use of all people in the world. We will continue to work harder and harder to protect Bursa's thermal heritage and share it with all people." Ahmet Hikmet Şahin, the deputy governor of Bursa, said the EHTTA General Assembly is an international organization and Bursa represents Turkey at the event, adding that they have been preparing for it for a year to make it perfect. He said that all the preparations are complete and the program of the general assembly will include panel sessions, exhibitions and various other events. The gala will take place at Bursa Merinos Atatürk Congress and Cultural Center on Oct. 19 and the meeting will be overseen by Health Minister Mehmet Müezzinoğlu, Karaloğlu, Bursa Metropolitan Municipality Mayor Recep Altepe and representatives of health tourism and tourism professionals.