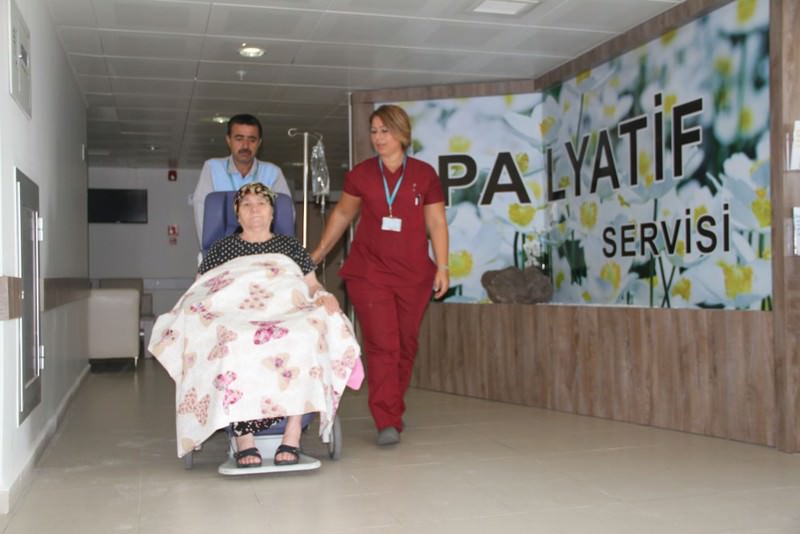 According to World Health Organization data, the number of people over the age of 60 in the world is expected to reach 2 billion in 2050. While this situation creates a huge market for eldercare, medical and nursing tourism, experts suggest that Turkey should focus on it to get a share of this profitable industry

Turkey is eager to diversify its tourism sector and offer more opportunities to elderly travelers in order to increase revenues from tourism. According to the Culture and Tourism Ministry data, the country hosted 42 million tourists in 2014; this number was just around 7 million in 1995. There was also a remarkable rise in tourism revenues for the country over the past two decades. Tourism brought in $26.5 billion to Turkey last year compared to $5 billion in 1995. However, the tourism industry has not fully matured and there is still room for growth. Efforts to diversify the tourism sector have helped drive the increase in revenues. While the country was known in the past mainly for the variety of historical sites and seaside resorts that dot the Aegean and Mediterranean coasts, Turkey has also become popular for healthcare, culture and spa tourism in recent years thanks to more aggressive promotion, advertising and investments. Experts think that the country has great potential for elderly, disabled and medical tourism.

Speaking to an Anadolu Agency (AA) reporter, Sinan İbiş, the President of Medical Tourism Association, said that the country can generate between 40 and 60 billion dollars in revenue by expanding services to meet the needs of the elderly and disabled who still wish to explore the world.

According to World Health Organization (WHO) findings, there are around 820 million people over the age of 60 in the world. This number is expected to reach 1 billion in 10 years and 2 billion in 2050. Every second, two more people reach the age of 60. A U.N. report stated that in 2050, the number of people over 100 will reach 3.2 billion. At present, one in every seven people in the world is 60 or older. In 2050, one in every five people in the world will be 60 or over. Around 80 percent of the aging population lives in either small or middle-income countries. In developed countries, where the remaining 20 percent of the elderly dwell, different policies have been implemented.

Around 87 percent of the elderly population has at least one chronic disease. Due to the insufficient number of qualified staff and prohibitive expenses, Europe sends its elderly people to other countries where they can enjoy more active and happier lives, İbiş said. Germany sends elderly people to Poland, while Norway sends them to Spain, where the climate is warm and nursing expenses are much more affordable. İbiş said that the elderly can then benefit from both nursing and health services offered by countries like Spain and Poland. In developed countries with effective social state policies, big investments are devoted toward providing quality care to the elderly population.

Elderly care and tourism includes many elements including education, supply, research and production. "Considering the least developed and advanced countries, the monthly nursing and health expenses can vary from two to four digits. The amount of money spent on elderly care worldwide on a monthly basis is $650 billion, even including the countries where 20 percent of the population consists of elderly people," he said.

İbiş said that Turkey should focus on disabled nursing and rehabilitation, health tourism for athletes and medical and nursing tourism for the elderly without losing more time. Ibiş emphasized that Turkey should develop its ability to offer nursing services to older Europeans, given its close proximity, young labor force and comparatively affordable expenses. He said that Turkey can attract the elderly from Europe to Turkey through setting up more thermal hotels and medical centers. İbiş added that when trying to bolster effective elderly care tourism, basic factors like language, tradition and religious differences should be taken into account. After this, special programs need to be designed for sustaining the health, safety and happiness of elderly tourists. He said that a comprehensive domestic policy should be designed and implemented in order to create a supportive environment for this part of the tourism sector to flourish.