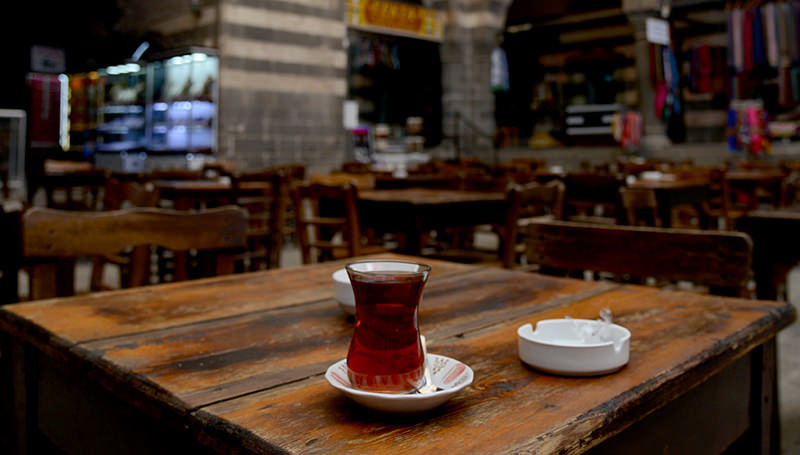 A cup of Turkish tea is placed on a table at the Hasan Pasa caravansary in Diyarbakir on October 1, 2015. (AFP Photo)
by daily sabah
Nov 12, 2015 12:00 am
The Health Council of the Netherlands published a new report on the benefits of drinking tea this week, recommending that people drink between three and five brews each day. The Telegraph reported that three to five cups a day reduces blood pressure, diabetes and stroke risks, as one of the council's 16 guidelines. As an independent scientific body, the council stated that the tea must be green or black. Rooibos and other herbal teas do not count.

"We noted that in scientific literature in the last 10 years, there are clear signs that drinking tea is good for your health," said Eert Schoten, a spokesman for the health council. In the Netherlands, Dutch children are encouraged to drink tea. Some schools offer milky tea as a lunchtime drink. Several studies have suggested that green tea enhances cognitive functioning. According to the Tea Advisory Panel, tea is the most commonly consumed beverage in the world after water. Tea is also an indispensable beverage for Turkish people, enjoying it in small tulip shaped glasses any time of day.
Last Update: Nov 12, 2015 2:06 pm