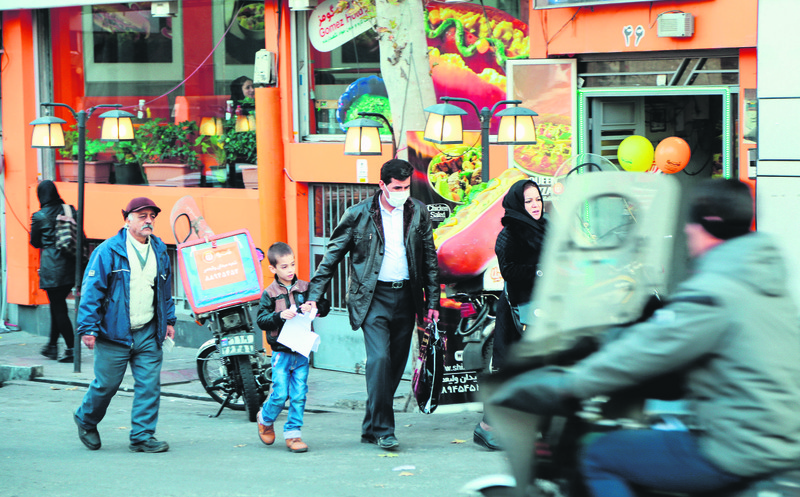 by Daily Sabah with Wires Dec 24, 2015 12:00 am
Around 29,000 people die of air pollution-related diseases in Turkey, according to Haluk Çalışır of Acıbadem University Atakent Hospital. Air pollution that rises in winter month causes many diseases, and especially triggers the risk of developing lung cancer. Speaking to Anadolu Agency (AA), Çalışır said 40 percent of patients die of lung cancer or chronic obstructive pulmonary and respiratory infections, while 34 percent die from stroke followed by 26 percent from ischemic heart disease. More than 7 million people globally die of air pollution-related diseases. Çalışır said irregular urbanization and fast industrialization as well as heavy traffic are increasing air pollution around the world. He added that those who are continuously exposed to air pollution have a higher risk of heart disease.

Air pollution continues to threaten health around the world, especially in China and India, home to city with the world's most polluted air: New Delhi. In China, Beijing has already issued two "red alerts" for smog this winter, which see cars taken off roads as well as schools and factories closed. Since the end of last week, a swathe of northern China has been hit by severe air pollution, including the province of Hebei that surrounds Beijing and the nearby conurbation of Tianjin. China vowed yesterday that it would make livable cities a central goal of China's urban planning, amid persistent problems over choking smog that frequently blankets the populous east and north.

High air pollution has also forced Iranian authorities to close all schools and kindergartens in the capital, Tehran, for two days beginning Sunday, saying the pollution had reached dangerous levels. Iranian state television said on Saturday that a government committee had ordered the schools' closure because of the "polluted and unhealthy" weather. The government has also closed schools in the large cities of Isfahan and Arak. The skies over Tehran are among the most polluted in the world, and health experts say many Iranians suffer serious health problems as a result. Iran has twice closed schools and government offices because of air pollution, most recently in 2010.
Last Update: Dec 24, 2015 1:44 am
RELATED TOPICS