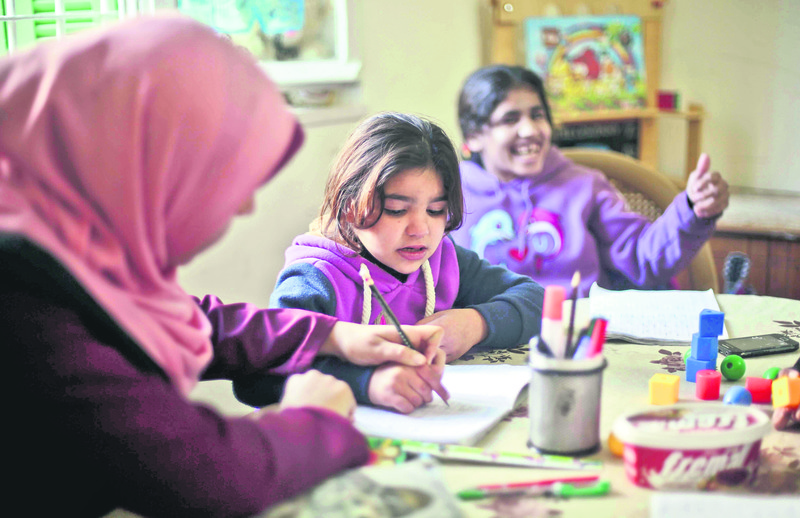 by Anadolu Agency Jan 07, 2016 12:00 am
Bessam al-Batta, a Palestinian man who lost his 18-month-old baby girl in Gaza who died after being diagnosed with cerebral palsy and not given access to treatment, is now providing support and treatment opportunities to children suffering from the same illness in the medical clinic he established in memory of his daughter. Seca al-Batta was taken to the hospital after coming down with a high fever, which was diagnosed as tonsillitis at first; however, it was later discovered that the little girl was suffering from meningitis, which led to cerebral palsy and eventually her death. Seca is only one of the children who lost their lives due to medical malpractice in Gaza.

Al-Batta said the sorrow of his daughter's death encourage him to research cases of cerebral palsy, especially in small children. "I forget my sadness by putting a smile on the faces of small children who suffer from the same pains that Seca endured," he said. Al-Batta says that the majority of hospitals and medical clinics cannot meet the demands of the families of children who suffer from cerebral palsy, so the employees of his clinic are working as volunteers in return for symbolic fees. He stressed that the Seca Center plans to collaborate with the state and nongovernmental organizations (NGOs) to facilitate early diagnosis of the disease in children. He added that his biggest concern is seeing the medical center be closed due to the lack of financial resources, an outcome which would deprive hundreds of children from the health services that the Seca Center provides.
RELATED TOPICS