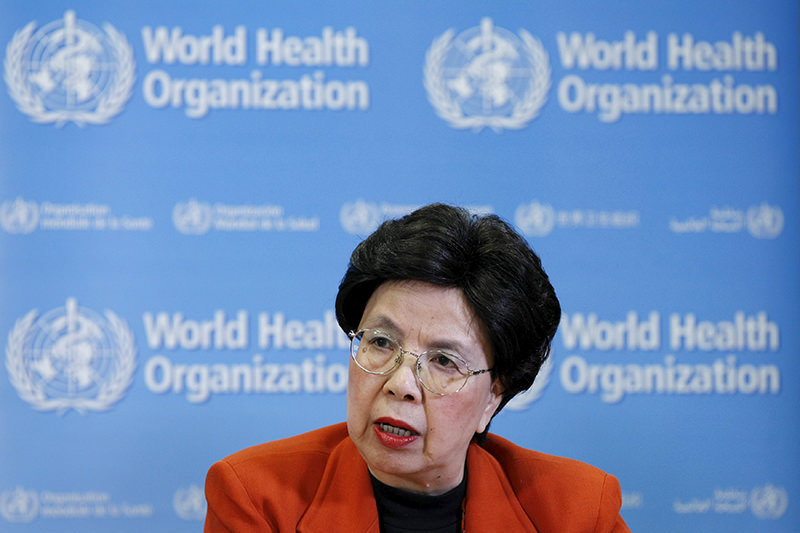 by Feb 01, 2016 12:00 am
The World Health Organization declared the mosquito-borne Zika virus to be an international public health emergency as the disease linked to thousands of suspected cases of birth defects in Brazil spreads rapidly.

WHO Director-General Margaret Chan told reporters on Monday an international coordinated response was needed to improve detection and speed work on a vaccine and better diagnostics, although curbs on travel or trade were not necessary.

The emergency designation was recommended by a committee of independent experts to the U.N. agency following criticism of a hesitant response so far. The move should help fast-track international action and research priorities.

"Members of the committee agreed that the situation meets the conditions for a public health emergency of international concern. I have accepted this advice," Chan said.

The WHO said last week the Zika virus was "spreading explosively" and could infect as many as 4 million people in the Americas. Brazil is due to host the Olympic Games in Rio de Janeiro in August.

The WHO was lambasted for reacting too slowly to the Ebola epidemic in West Africa which killed more than 10,000 people, and has promised to do better in future global health crises.

U.S. Centers for Disease Control and Prevention head Thomas Frieden said the declaration "calls the world to action" on Zika.

"The WHO faced heavy criticism for waiting too long to declare the Ebola outbreak a public health emergency and they should be congratulated for being far more proactive this time," said Jeremy Farrar, director of the Wellcome Trust medical charity.

Derek Gatherer, a lecturer at Lancaster University, said the WHO's move was "like a declaration of war, in this case on Zika virus".

The WHO's International Health Regulations emergency committee brings together experts in epidemiology, public health and infectious diseases from the Americas, Europe, Asia and Africa.

Brazil has reported nearly 4,000 suspected cases of microcephaly, in which infants are born with smaller-than-usual brains. The Health Ministry has linked the condition to Zika, although the connection is not yet definitive.

Chan said the causal link was "strongly suspected but not yet scientifically proven".

Brazilian Health Minister Marcelo Castro told Reuters that the epidemic was worse than believed because in 80 percent of the cases the infected people had no symptoms.

As the virus spreads from Brazil, other countries in the Americas are also likely to see cases of babies with Zika-linked birth defects, experts believe.

The Pan American Health Organization says that Zika has now spread in 24 nations and territories in the Americas. In addition, the Zika virus infection was also reported late last year in Cape Verde.

The Zika virus has raised questions worldwide about whether pregnant women should avoid infected countries.

Chan said delaying travel was something pregnant women "can consider", adding that if they needed to travel they should take personal protective measures by covering up and using mosquito repellant.

The clinical symptoms of Zika are usually mild and often similar to dengue, a fever which is transmitted by the same Aedes aegypti mosquito, leading to fears that Zika will spread into all parts of the world where dengue is commonplace.

More than a third of the world's population lives in areas at risk of dengue infection, in a band stretching through Africa, India, Southeast Asia and Latin America.

Zika's rapid spread through Latin America is put down to the prevalence of Aedes aegypti and a lack of immunity among the population.