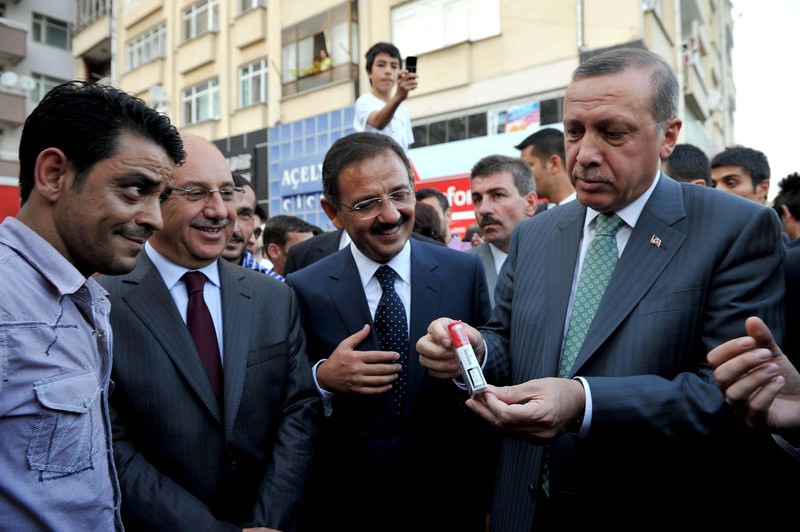 by Daily Sabah with AA Feb 09, 2016 12:00 am
Smoking continues to kill more than 100,000 people in Turkey every year and around 5 million people worldwide. Several events are taking place to raise awareness of the harmful effects of smoking and tobacco products, with today marking the Feb. 9 World Smoking Cessation Day.

İlkay Keskinel from the Memorial Ataşehir Hospital said in a press statement that 10 quadrillion free radicals are inhaled when smoking just one cigarette. Smoking also harms nearly every organ in the human body and reduces the health of smokers in general. DNA damage, breast cancer and colon cancer are only some of the unfavorable results of smoking. A woman's risk for colon cancer increases 10 percent if she is a smoker, while in men it goes up by about 8 percent. Keskinel said that when quitting smoking, the first days are crucial as smokers can quickly reverse their decision. With each passing day after a smoker quits, he or she feels better both physically and psychologically. Keskinel said that the influence of carbon monoxide and nicotine on the body reduces in 12 hours after a person quits smoking.

Today, World Smoking Cessation Day will be marked with a reception taking place at 2:00 p.m. at the Presidential Palace overseen by President Recep Tayyip Erdoğan. More than 250 people expected to be in attendance have already quit smoking, including 20 people who quit smoking following Erdoğan's initiatives during his visits around Turkey. One of them, Mahmut Özdoğan quit smoking after 45 years. Özdoğan, a former worker who lived in Germany for 40 years, told Anadolu Agency (AA) that he met President Erdoğan after a Friday prayer last year in the Beştepe National Mosque. "My elder complained about my smoking habit to the president. Erdoğan called me and I was shocked as I did not expect this. He took my cigarette packet," he said. Another smoker Yusuf Çelik, 61, met President Erdoğan while he had stopped on the side of the road last year. Çelik said that the president asked, "Who smokes here?" and took his cigarette packet. During the reception, photos of the cigarette packets taken by the president from these smokers will be on display. In 2010, Erdoğan was given the World Health Organization Director-General's Special Recognition Award for Contribution to Global Tobacco Control.World Smoking Cessation Day is also marked by other public institutions and NGOs including the tobacco control board, the public health directorate and the Turkish Anti-Smoking Association.
Last Update: Feb 09, 2016 1:38 am
RELATED TOPICS