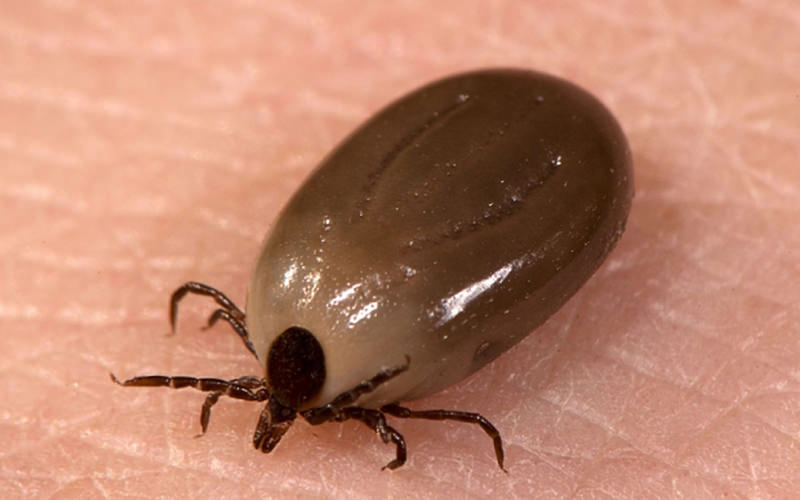 by Feb 13, 2016 12:00 am
Scientists have unlocked the genetic secrets of one of the least-loved creatures around, the tick species that spreads Lyme disease, in research that may lead to new methods to control these diminutive arachnids that dine on blood. The researchers said on Tuesday they have sequenced the genome of Ixodes scapularis, known as the deer tick or blacklegged tick, which transmits Lyme and other diseases by penetrating the skin of people and animals and releasing infected saliva as they drink blood.

The study identified more than 24,000 genes involving traits such as blood-meal digestion, manipulation of the immune response of the host being bitten to permit long periods of feeding, and detoxification of compounds such as insecticides. "They are so persistent, resilient and tenacious," said Purdue University entomologist Catherine Hill, who led the study published in the journal Nature Communications. "No need to hate the ticks, but people should be informed, understand the risks and make informed decisions to protect their health."

Cracking the tick's DNA code may expose vulnerabilities that can be exploited with new insecticides, repellents or other methods to control this parasite that thrives in wooded and grassy areas. For example, the researchers gained insight into how the ticks regulate excretion and manage the large volume of blood they ingest, providing a possible target for new ways to control them.

In addition, researchers working on a companion study identified a hormone in female ticks that regulates egg development. Determining how to block this hormone could lead to a "birth control pill" for ticks, North Carolina State University entomologist R. Michael Roe said.

The ticks, which can ingest up to 100 times their own body's size in blood, transmit bacteria, parasites and viruses that cause Lyme disease and other ailments through saliva while getting a blood meal.

"Tick saliva contains a repertoire of cement compounds that binds the tick to the skin, as well as anti-coagulants, molecules that disrupt the host's immune system and prevent the human or animal from feeling the tick bite," Old Dominion University tick-borne diseases expert Daniel Sonenshine said.

Lyme disease is caused by a corkscrew-shaped bacterium, Borrelia burgdorferi. It generally can be cured using antibiotics but if left untreated it can become permanently debilitating with complications including joint pain, facial paralysis, fatigue, memory loss and irregular heart rhythm. Health officials estimate that about 300,000 people get the disease annually in the United States.