Your favorite Starbucks, Caffe Nero coffee could contain up to 25 teaspoons of sugar 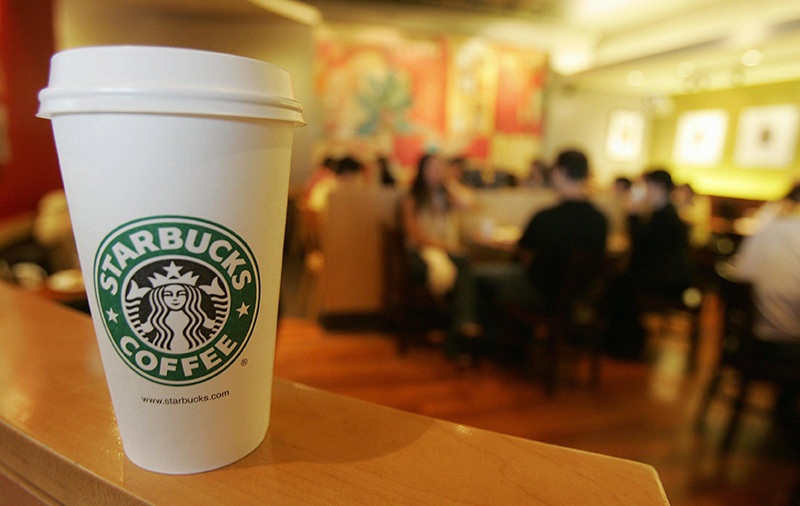 | AFP Photo
by Daily Sabah Feb 17, 2016 12:00 am
Your cup of coffee first-thing-in-the-morning, your midday caffeine fix and your favorite pick-me-up latte are not as innocent as they seem.

British campaign group Action on Sugar revealed on Wednesday some shocking statistics on the real amount of sugar hidden in your go-to hot drinks -including mochas, lattes, hot chocolates and even hot fruity beverages.

In the analysis, Action on Sugar surveyed 131 hot drinks from fast food chains and popular coffee shops in London and compared their sugar levels. The results were also compared to the amount of sugar in a can of Pepsi or Coca-Cola -the carbonated, tooth-decaying soft drink which contains about nine teaspoons of sugar.

Some of the surveyed drinks contained as much as three times more than the daily recommended sugar intake for adults, which stands at a mere seven teaspoons or roughly 30 grams.

Topping the scary list was Starbucks' venti size (extra-large, about 568 ml) Grape with Chai, Orange and Cinnamon Hot Mulled Fruit with 25 teaspoons of sugar per serving.

More shockingly, 98 percent of the tested drinks would receive a 'red' nutritional value label for their excessive levels of sugar.

Kawther Hashem, the group's researcher, called on coffee shop chains to take action on reducing the amount of sugar in their drinks and scrap their extra-large serving sizes. Starbucks was especially criticized for its serving sizes, which are nearly twice as large as those offered by its competitors.

Coffee shop chains Starbucks, Caffe Nero and Costa said they would reduce their sugar content in their drinks by 2020.

Experts warn that these hot flavored drinks should only be a treat, occasionally, not an everyday drink. High-sugar drinks and foods have been linked to obesity, heart disease and diabetes.

The U.K. has the highest rate of obesity and type 2 diabetes in Europe.