Obesity: Breaking the cycle of shame in Turkey 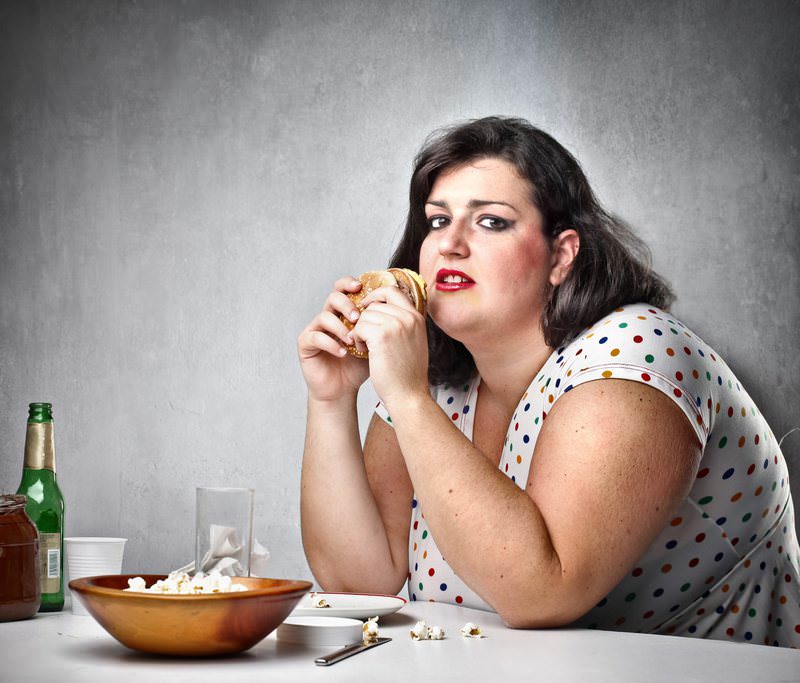 In Turkey, more than 30 percent of all adults over 19 years old are extremely overweight and over 300 million people are obese around the word. Despite the increasing trend, physicians encourage and praise overweight people who make inspiring efforts to get healthier

"I always felt ashamed whenever I looked in the mirror, but it all started when my 5-year-old daughter joked about my weight and called me fat. For the first time that day, I took a hard look in the mirror and hated what I saw." As a result, Aysel Filiz Güler, a 39-year-old mother, has an inspiring and life-saving weight loss success story that could encourage others to embark on a journey like hers.

Güler is just one of thousands of Turkish people - and millions of people worldwide - who has experienced the physical and emotional consequences of obesity. Having been fed up with being overweight, Güler saw her weight fall from 104 kilograms to 61 kilograms in just 15 months, marking an epic journey for the Istanbul native.

Having struggled with her weight since she was 15 years old, Güler said her desire to become a healthy mother became the driving force behind her weight loss. "Children can sometimes be brutally honest. My daughter's frankness made me grow concerned about my own weight," Güler told Anadolu Agency (AA). Güler said she never considered herself obese: "But then, I had to face the ugly truth that adults with a body mass index (BMI) of 30 or over are considered obese - and mine was 35."

According to Professor Nazif Bağıaçık, president of the Turkish Association for the Study of Obesity, being overweight is becoming a severe health problem in Turkey as well as across the globe. "Turkey ranks 21st among European countries in terms of the rate of obesity, and is a country where the prevalence of rising obesity rates has increased the most since the beginning of this century," Bağıaçık told AA. He added that the prevalence of obesity is 12 percent to 15 percent in Turkish children between the ages of 7 to 14, 27 percent to 28 percent in adult males and 32 percent to 35 percent in adult females in Turkey. "This is the third-biggest health problem affecting human society around the world," he said.

In Turkey, more than 30 percent of all adults over 19 years old are considered extremely overweight, according to a 2013 study conducted by the Health Ministry. A total of 35 percent of Turkish adults fell into the overweight category while 33 percent of them were classified as "normal" and 2 percent as "slim," according to BMI classifications. Also, according to the World Health Organization (WHO), which has recognized obesity as a disease since 1997, more than 1.1 billion adults are currently overweight and over 300 million are obese.

A sedentary lifestyle and consuming fast food are the two most common causes of obesity, experts say. Güler said she spends her days behind a desk as an accountant: "Actually, I previously made many attempts to alter my appearance. I thought exercise would solve the problem," she said. "I enrolled in a gym, and kept going for three or four weeks but then I would quit. I had even considered having gastric bypass surgery in 2011 because I could not stop eating junk food or pastries."

However, a recent United Kingdom study conducted in 2015 revealed that, while exercise is helpful, alone it is not enough to lose weight. Physical activity is useful in diminishing the risk of developing heart disease, diabetes, cancer, and other illnesses, but it does not promote weight loss alone, the study claimed. "I had to recognize that limiting foods that are high in fat and sugar along with regular physical activity is the key to long-term weight loss," Güler said.

Professor Emin Ersoy, president of the Turkish Association of Endoscopic and Laparoscopic Surgery in Istanbul, said sugars and fast food are the most deadly factors that lead to obesity and a range of health problems, including different types of cancer, diabetes and heart diseases.

According to the Health Ministry, fast food is becoming the most preferred dietary lifestyle among people in Turkey, especially among children and adolescents. Fast food is a type of "inadequate and imbalanced nutrition that is high in caffeine, unsaturated fats and sodium while low in fiber, Vitamins A and C and calcium," the ministry reported.

In addition, traditional Turkish foods are high in calories - namely, "simit" (Turkish bagel) and bread, which is consumed daily with every meal. The ministry stressed that 44 percent of the daily calorie intake of people in Turkey is derived from bread alone.

Güler said during her weight-loss journey, her dietitian suggested that she change her nutritional habits and adopt a more vegetarian diet or vegetable-rich diet to lower the risk of obesity. "In 15 months, I consumed milk, yogurt, meat, fresh fruits and vegetables, and exercised regularly. I also tried to avoid salty or sugary treats. I stopped buying junk food because I knew that if it was in my kitchen, I would eat it."A 2014 study of around 2,900 British adults conducted over four years revealed that people who are exposed to "weight discrimination" are more likely to gain weight than those who are not. Thus, Bağrıaçık said the fight against obesity should be continuous and resolute: "The public, school officials and family members must be warned by the press and on television," he added.

The government has also initiated programs to address the increasing obesity rates. In 2012, the Health Ministry launched health and dietary plans as well as television and newspaper advertisements aimed at fighting obesity. The ministry also distributed pedometers through family doctors encouraging people to walk regularly and record how far they walk.

According to Güler, having a strong support network of friends and family that you can rely on is vital to meeting the weight loss challenge. "Shaming obese people into weight loss does not solve the problem; on the contrary, it makes the matter worse because encouragement is crucial to success," Güler added.
Last Update: Feb 25, 2016 1:36 am
RELATED TOPICS