Why struggle when being fat is easier than losing weight? 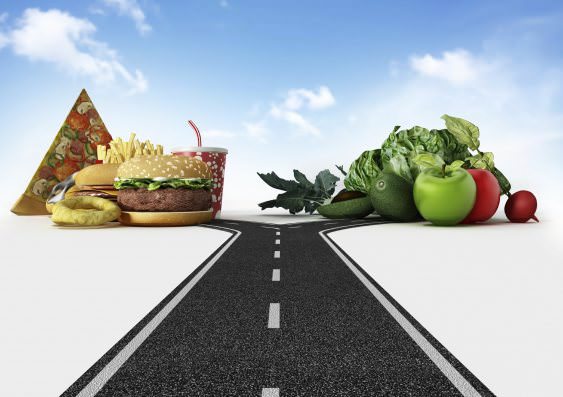 by Gönül Aydemir Mar 09, 2016 12:00 am
I have always hated the word "fat." No other word ever felt as humiliating or derogatory as "fat." Well, maybe "fatso." Yet, whenever I describe my own appearance, I say "fat," loud and clear. Such a disgusting word and the fact that I use it to describe my appearance is so sad that even I feel sorry for myself.

I had my second article all planned out and half written, but the last couple weeks have been a little tough. I've been pretty ill in very much pain and extra bloated. The scales told me that despite my physical efforts to burn the fat - that just won't let go of my body - and changing eating habits, I had gained weight - about 0.5 kilograms.

It has happened before. A new physical routine and eating habit in the early days shocks the body say health specialists and hence some weight gain - due to fluid retention - is normal. I am not a dietician, so I will not go into the specifics. It's either that or I'm doing something wrong... Like consuming more calories than I should.

Regardless of this knowledge and first-hand experience, I feel as if I am at my heaviest, ugliest and worst of all, I feel like a total failure. Upset and angry, I questioned why I should continue to struggle and "punish" myself. Why should I sweat it out day after day for five to six days a week? Why should I take note of what I am eating, cut out the palatable foods from my life? Being fat was so much easier.

I did not have to care if I gained a couple of kilograms. Nobody would really notice the added cushioning here and there, because of my already rounded figure and hence the extra weight is not that noticeable - this of course is only valid if you have more than 20 kilograms to lose. I can eat what I want without having to counting the calories. I do not need to feel guilty if I miss a workout. I can just be.

There are cases in the world where some individuals have simply given up the "great battle" and embraced themselves as they are. Joni Edelman, the editor-in-chief of "Ravishly," an online "community for sharing," as described on the website, where she shared her personal story of once having "six-pack abs" to what she now describes as, "I'm fat and I'm happy." Well, we are not all the same.

Although I am no longer obese and want/need to lose 10 kilograms (more if I can), as a woman who was once morbidly obese for most of her life, "fat" is not my "happy place." There is no way that I want to go back to being that way. To me, it's not "dieting" but instead a battle. I have waged "war" against my body, not to win or declare sovereignty over it, but to bring peace to it. Better said, I am in this struggle to be at peace with myself, to cooperate with it rather than constantly fight against it.

Personally, I don't believe in failure. If you give up you fail. If you persist, you will succeed. Sounds a lot like pep talk, I know, but it is the truth. Thomas Edison tried failure upon failure and did not give up until he invented the light bulb. It was those repeated tries after what we term as "failures" that led him to the ultimate result.

This is only one real-life example. You and I both know there are numerous success stories like it. We too can each become a success story - as long as we do not give up.

I don't know about you, but despite the "inexplicable" weight gain, I am determined to continue with this battle.

But I first need to be true to myself. Facing one's self will usually help figure out where the problem lies. After sulking and thinking why, where did I go wrong, I finally figured out what my problem was. Even after everything I had accomplished in terms of weight loss, I still defined a more active life with healthier eating habits as "punishment."

This is exactly where my problem lies. I still thought that being active and adopting healthy eating would be temporary - only until I achieved my weight loss goal - and then I could go back to "normal." How do I even think that I can maintain what I achieved if not sabotage it?

Crazy is it not? So, yes, losing weight is not easy, but really, being overweight is even harder. Feeling disappointed in yourself, but putting on an always-happy-act and being bubbly is not easy. Knowing deep down that people never forget your face, because you stick out like a sore thumb, is not a happy thought. Missing out on a job opportunity, even though you are qualified and there is no real reason as to why "you" were not selected, you cannot help but think, "Could it possibly be because of my appearance?" Gulping on the airplane as the flight attendant comes before take-off to check your - unfastened - seatbelt, trying to mentally push away the flush from your face when you publicly need to ask for an extension belt...

The list can go on, but I will leave it at that. Yet, losing weight is not difficult either. You just need the right recipe and follow it. I guess you will need to wait until next week for that "special recipe." Cheers.
RELATED TOPICS