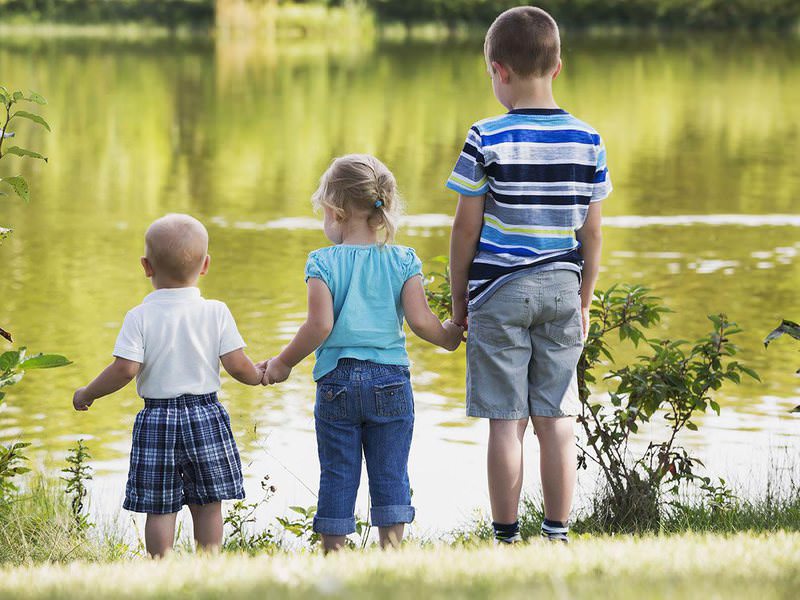 That pesky kid brother or sister who broke your stuff and got you in trouble all the time may have actually done you a favor. A U.S. study suggests that younger siblings might be really good for your health.

That's because, by first grade, kids with younger siblings are much less likely to be obese.

Children who didn't welcome a baby brother or sister into the family before first grade had almost triple the odds of obesity compared with kids who experienced the birth of a sibling when they were around three to four years old, the study found.

The study doesn't prove that being an only child will cause obesity or show how adding a new baby to the family might help older kids maintain a healthy weight.

But the results suggest that parents may make lifestyle changes after expanding the family that could be good to try even before another baby arrives, said senior study author Dr. Julie Lumeng, a pediatrics and public health researcher at the University of Michigan and C.S. Mott Children's Hospital in Ann Arbor.

"It is possible that when there is a younger sibling in the family, a child might become more active – for example running around more with their toddler sibling," Lumeng said by email.

Mealtimes might also be different with a second kid in at the table.

Parents of only children can sometimes be controlling or hyper-focused about what their kid eats, which can potentially lead to bad eating habits, some previous research suggests.

"When parents use restrictive (e.g. keep food from children) or pressure-to-eat feeding practices (e.g. try to get kids to eat more food), children have an increased risk of being overweight," said Jerica Berge, a researcher at the University of Minnesota who wasn't involved in the study.

"When a new child is introduced, parents may relax their preoccupation with the older child's eating behaviors, allowing the older child to respond to their own satiety cues and self-regulate their eating," Berge added by email. "This self-regulation may lead to a healthier weight trajectory for the child with a sibling compared to a child without a sibling."

For the current study, Lumeng and colleagues followed 697 U.S. children from birth through age 6.

At age 6, the kids without siblings were more likely to have a higher-than-average weight for their height than their peers who did have a younger brother or sister, researchers report in the journal Pediatrics.

Limitations of the study include the lack of objectively measured birth weights and information on events such a divorce, move or job loss in the family – all of which can influence the odds that children might become obese – the authors note.

"This is a very interesting study that makes an observation but there is not enough information yet to understand why children without siblings would be heavier," Hassink, who wasn't involved in the study, said by email.