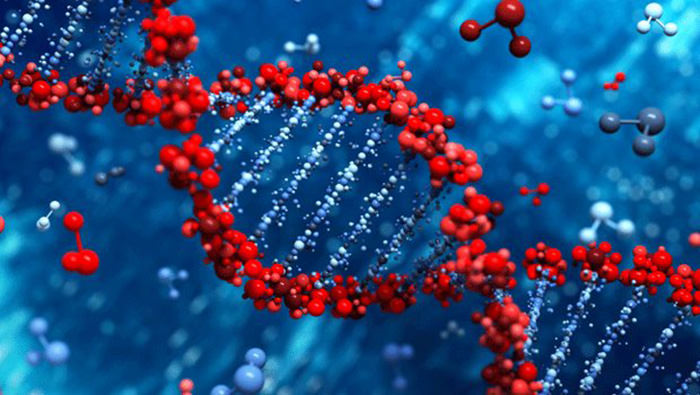 As Cancer Battle Week comes to a close in Turkey, one expert says researchers in the U.S. are studying DNA codes in search for a cure for cancer.

The head of nuclear medicine at George Washington University Medical Center in Washington DC, said that while everyone is at some risk for cancer, exposure to the sun plays a critical role in the development of the deadliest form of skin cancer.

"Everybody is under the risk of melanoma," according to Esma Akın who believes a cure can be found by dissecting genetic material.

"These lights damage one protein of the DNA and then the cell starts to continuously split up," she told Anadolu Agency.

"We're researching ways to prevent this and this is hidden in the genetic codes."

Melanoma occurs when harmful sun rays damage the generic codes within the brains of cells. Sun exposure causes the cells to rapidly produce, grow but not die. Instead, old cells divide into segments and multiply.

Everyone is at risk from exposure to the sun's ultraviolet rays but some individuals are at a reduced risk because of location, according to Akın.

"The threshold for melanoma is lower in some regions where people have darker skins because the genetics of their cells grow suitably to the sunlight since their childhood," she said.

World Health Organization figures show about 132,000 new cases of melanoma are diagnosed worldwide each year and it is the least common but most lethal form of skin cancer, according to the American Cancer Society.

Several global studies have tackled trying to find a cure for cancer, but Akin said researchers have so far failed to find a panacea.

Some of the most advanced research is currently examining genetics in search of more effective treatments, according to Akın.

"The human body is full of genetic codes and we are trying to decipher these," she said. "Once it is found we will be able to apply this method to anybody and close the ways to the illness to spread."

But while doctors work on a cure, some innovative methods are being employed worldwide, including one technique for liver cancer called radioembolization that places beads containing radioactive lights into the organ to kill defective cells.

"However, the most important stage will be to stop the segmentation," Akın said of cell division, "and this is hidden within the genetic code."

There is a sense of urgency to find a cure as some environmental conditions continue to worsen-none more prevalent than the eroding of the ozone layer that has resulted in an increase of melanoma patients in recent years, Akın said.

That doesn't bode will if one considers a Yale University study that predicts a "global increase" in the concentration of harmful ultraviolet radiation from the sun if the hole in the ozone continues to expand.

Latest figures from the National Cancer Institute show an increase in melanoma patients from approximately 1.5 million in 1992 to around 2 million worldwide in 2012.

The number of diagnoses of cancers such as lung, colon, breast and prostate have also increased -- but some of those statistics can be misleading, said Akin. "We can diagnose these cancers in early stages," she said, adding that the statistics can give the appearance of more patients with cancer but that was not the case.

Lung cancer is the most common type of the disease worldwide, Akın noted, and suggested that by staying away from tobacco use, avoiding infection, a healthy diet and exercise could work together to help decrease one's risk of contraction.