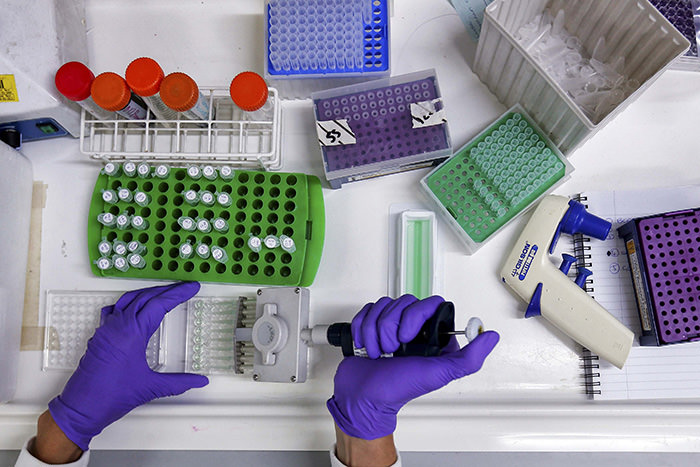 A recent cancer research study has raised new hopes for treatments through its finding of how tumor cells attack body's 'circadian clocks' which help balancing nourishment.

According to the research led by Paolo Sassone-Corsi of the University of California, Irvine, the study can lead to new findings which help the world of medicine overcome the deadly illness, NBC News reported on Friday.

"We have clocks everywhere, in every tissue in our body," Sassone-Corsi reportedly said and added that "All these biological clocks need to be synchronized, or work in concert," according to the broadcast newtork's report.

The research reportedly looked into how these clocks were being disrupted by tumors and the disruption's effect on the metabolism.

The research examined mice with lung tumors and monitored their liver tissue in frequent periods of time as their tumor grew.

The research found out that the disruption was leading to dysfunctionalities in liver, the organ that works as a filter for the body, and eventually to death once it was fully controlled by the tumor.

"All the work that the liver has to do in terms of glucose metabolism, lipid metabolism is now rewired to serve the tumor," NBC News cited Sassone-Corsi. The research said that the tumor is able to attack after the biological clock is hijacked.

"We know how to somehow slow down or stop cancer. But don't know how to take care of the rest of problem," Sassone-Corsi said and added "Our study reveals that a lung tumor rewires liver metabolism along the circadian cycle," NBC News reported.

The new finding can help patients alter diets that will be more suitable for cancer treatment and lead to new research for cure, so that the tumors attacking the clocks can be controlled o time. The testing was so far done on animals, but still it raises hopes for new research routes scientists can take to find a treatment for cancer.