Pakistani brothers mysteriously go into vegetative state after sun down 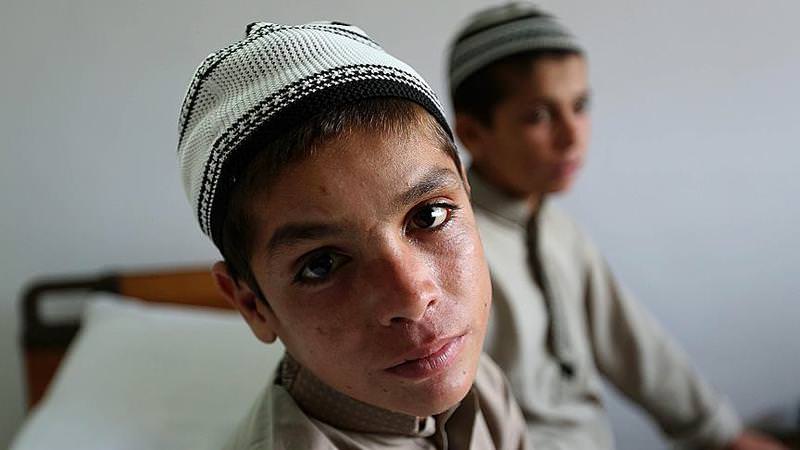 When the sun goes down, two young boys' lights go completely out, and doctors are currently baffled as to why.

However, Pakistani news outlets stated late Saturday that the children appeared to be normal again after medicines given to them proved to be efficacious with no adverse symptoms.

Nicknamed 'the solar kids', Abdul Rasheed and Shoaib Ahmed have returned to normal life after being treated at the Pakistan Institute of Medical Sciences (PIMS), dotors said Saturday.

The two young Pakistani brothers suffered from a mysterious condition that puts them into a vegetative state every day after sundown.

The brothers, age 9 and 13, were much like other boys during daytime, but when the sun goes down, they cannot talk, or feel hungry or thirsty, and their brain activities apparently stop.

Speaking to Anadolu Agency about his sons, Shoaib Ahmed and Abdul Rasheed, Mohammed Hashim had said, "It's like their batteries die after the sun sets."

"My sons lose all their senses and ability to do anything when the sun goes down. They don't eat, drink, or even go to the bathroom. Then when the sun rises, they go back to normal," said Hashim, who lives in a village near the southwestern city of Quetta.

Of his six children, Hashim said, two died as infants, and the two others are in normal health, unlike their sun-dependent brothers.

The boys-who are also known as the "solar kids" in Pakistan-are receiving treatment in a state hospital in the capital Islamabad.

When asked about the boys, a hospital official, speaking anonymously due to restrictions on talking with the media, said the boys' vegetative state starts gradually at sundown and takes over completely as total darkness falls.

"This disease doesn't even have a name," said the official.

The boys' unusual condition has astonished doctors, who are trying to figure out its causes and how to treat it.

Thirteen experienced doctors and 32 medical specialists are currently assigned to the brothers, whose blood samples were sent abroad for detailed study.

Speaking to Anadolu Agency on Saturday, Ilker Yılmaz -- a nephrologist at Ankara's Gülhane Military Medical Academy, who is not involved in their care -- speculated that the children might suffer from a hormonal disorder.

"The hormone melatonin regulates sleep, considering the amount of daylight a person gets, and balances it with the nighttime," he said.

"But such cases [melatonin disorders] are usually seen in Nordic countries, where the daylight is limited and individuals have insufficient melatonin."