Scientists block fatal breast cancer cells from hiding in bones of mice, human trials up next 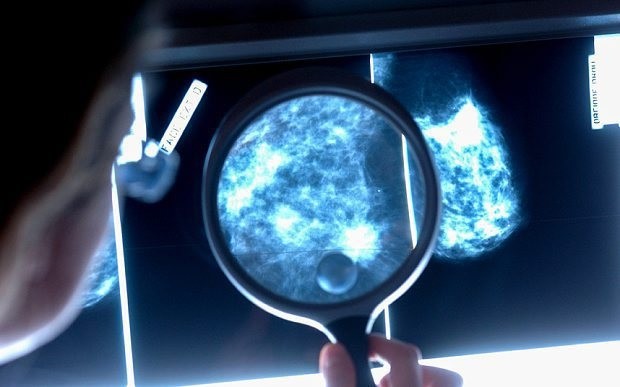 While many women and, a large number of men, survive an initial battle with breast cancer, the disease is notorious for hiding in bone cells and roaring back years after treatment.

The cancer often manifests in other regions besides the breast and is frequently fatal.

The team of scientists behind the new research found a key molecular signature that breast cancer cells use to invade bone marrow, where they are shielded from conventional breast cancer treatments.

After years of experiments, scientists developed a method that blocks cancer cells from entering marrow and flushes out any rogue cells already in the bones. Once the cells are flushed out into the bloodstream, they can be targeted for destruction.

Though the research was conducted on mice, scientists hope human trials can happen in the near future because mice and humans have a similar makeup.

The research was published Wednesday in the journal Science Translational Medicine by researchers at the Duke Cancer Institute in North Carolina.

"Clinical studies have found that breast cancer can be caught early and treated, and patients can have no signs of disease," said senior study author Dorothy A. Sipkins in statement. "And then five, 10 or even 15 years later, a patient can relapse. Most often, the site of the metastasized cancer is in the bone."

The specific molecular key breast cancer cells use to enter bone marrow is known as E-selectin. The treatment outlined in the study involves inhibiting the chemical in the body as well as using a drug that pushes certain cells out of the marrow and into the bloodstream.

Breast cancer is considered the most common cancer in the world, according to the World Health Organization, and it killed an estimated 508,000 women in 2011.