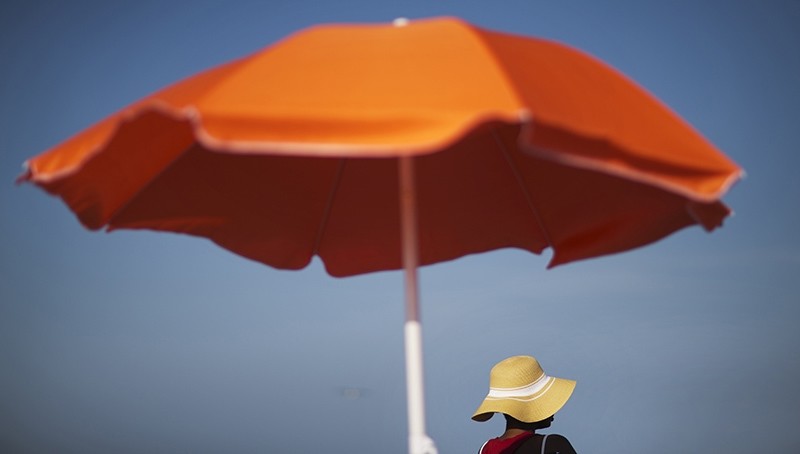 Something to consider as you head to the beach or pool over the July Fourth weekend: That sunscreen in your bag may not protect your skin as much as you think.

Even after regulators updated standards for labeling sunscreen four years ago, tests have shown many provide far less protection than advertised.

That's a worry because too much exposure to the ultraviolet rays produced by the sun can lead to skin cancer, including melanoma, the deadliest type. The American Cancer Society forecasts about 76,380 new melanoma cases and about 10,130 patient deaths this year — good reasons for diligence.

Here are some tips on how to protect yourself:

While sunscreen protects your skin, take claims on the tube with a grain of salt.

Back in 2012, the FDA did a major update of sunscreen standards, including banning the inaccurate, misleading terms "sunblock" and "waterproof." Now manufacturers can only label products "water resistant" and must state how soon they break down from swimming or sweating, either 40 or 80 minutes. That's helped. More changes, such as allowing some additional ingredients long used in Europe, are being considered.

In the meantime, use sunscreen that protects against both harmful types of ultraviolet rays, UVA and UVB. Both can cause skin cancer, disfiguring lesions and premature wrinkling.

The level of protection against UVB rays is measured by something called SPF, or sun protection factor. For UVA rays, which penetrate skin more deeply, sunscreens are rated as passing or failing government standards.

Pick sunscreen rated at least SPF 30, considered the minimum needed. Consumer Reports' recent testing of 65 sunscreens found more than 40 percent didn't meet their SPF claims, so the magazine advises using SPF 40 or 50 to increase chances you're getting at least SPF 30.

"Use sunscreen every day, every time you poke your nose outside," says Dr. Theresa M. Michele, who oversees the Food and Drug Administration's evaluation of nonprescription drug products.

While that may be unrealistic for most people, you should use sunscreen whenever outside for a while, even if it's cloudy, experts say.

You also have to use it correctly: Most people using sunscreen don't realize they're applying too little, too late and too infrequently, says Dr. Darrell Rigel of the American Academy of Dermatology's sunscreen regulations task force.

An average-sized person should apply roughly an ounce, or about two tablespoons, on all exposed skin. That's about twice what most people use.

Apply it 15 to 30 minutes before going outside, then reapply at least every two hours, more frequently if swimming or sweating a lot. With spray-on sunscreen, apply two coats, then rub it in to ensure even coverage.

Of course the best way to prevent sunburn and skin cancer is as clear as day: Avoid the sun.

Experts recommend staying indoors or finding some shade, especially from 10 a.m. to 2 p.m., when the sun's rays are strongest. Wear clothing that covers your arms and legs, and a broad-brimmed hat to protect your face, ears and neck.

The FDA's Michele notes that ultraviolet rays are stronger, and therefore more dangerous, at high altitudes and in southern states, so people there should be extra careful. Ditto for those spending time around water or sand, which reflect UV rays.

Experts also say people should avoid tanning beds, which have been linked to a rise in melanoma in young women.