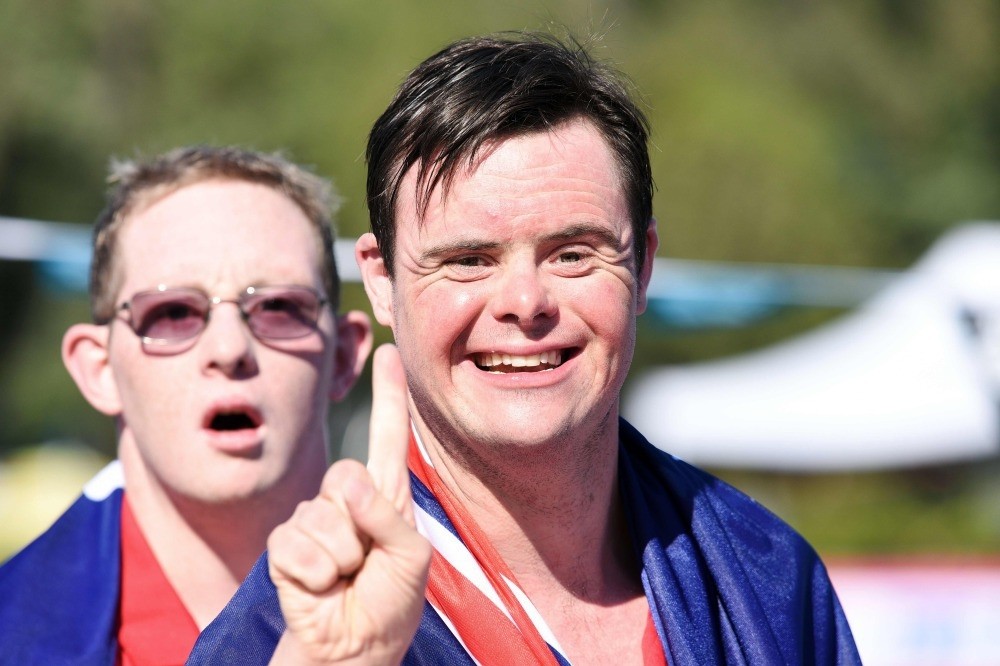 by Jul 24, 2016 12:00 am
The roar from the stands in Florence could not have been louder if star athletes like Usain Bolt or Shelly-Ann Fraser-Pryce were on the track. It was the first world competition for athletes with Down syndrome, and Nicole Orlando and Nicolas Virapin made it to the victory podium in the Tuscan city - a first step, they hope, on the path to Olympic glory.

Orlando, a runner from Italy who has become the face of the "Trisome Games," scooped up the silver medal for a 400-meter relay, sending her flag-waving delegation leaping into each other's arms with joy as the national anthem rang out.

Almost 1,000 contenders from 36 countries spent the week fighting for gold in a series of categories from athletics to foozeball, judo, rhythmic gymnastics, swimming, synchronized swimming, tennis and table tennis. The athletes taking part are dubbed T21s, named after the most common form of Down's Syndrome, trisomy 21, a chromosomal abnormality in which patients were born with an extra copy of chromosome 21.

"The Trisome Games are a unique opportunity to raise awareness of trisomy 21 and bring Down syndrome into the spotlight," Marc Truffaut, head of the French Adaptive Sports Federation (FFSA), told AFP. The Trisome Games were created by Marco Borzacchini, the president of the Italian Federation of Sports for Intellectually and Relationally Disabled (FISDIR), who believes they will help challenge stereotypes surrounding T21 athletes.

"The games are the culmination of a long process which began more than 10 years ago to enable people with Down's Syndrome to experience sports as something other than mere entertainment," he said. "It was generally thought they could only play around or enjoy sports passively but, actually, they are capable of high quality sporting performances just like conventional athletes."

With the Olympic Games opening in a few weeks in Brazil, organizers here are abuzz with plans to try to reintroduce Down syndrome athletes to the world's most prestigious competition. The paralympics suspended all intellectually disabled athletes from the 2004 games and thereafter after members of several national championship teams taking part in the 2000 event were discovered not to have mental disabilities.

Truffaut believes their best chances lie with Paris, should the French capital win their bid to host the next Olympic Games. "The slogan of the Paris bid for the 2024 Games is 'Power of Dream.' The dream would be that every athlete, regardless of their defining features, can participate in the games. Including the T21s," he said.
Last Update: Jul 24, 2016 9:37 pm
RELATED TOPICS