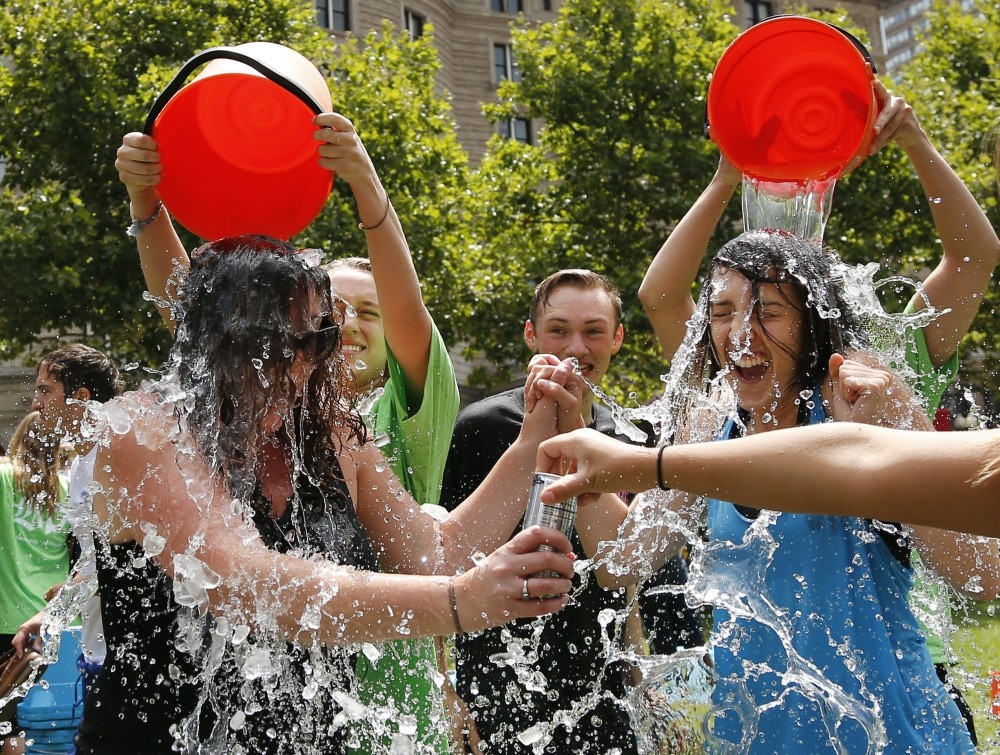 by Aug 02, 2016 12:00 am
The Ice Bucket Challenge that went viral two years ago, raising hundreds of millions of dollars, has helped identify a new gene behind the neurodegenerative disease ALS, or Lou Gehrig's disease, researchers say. The challenge involved people pouring ice-cold water over their heads, posting video on social media, and donating funds for research on the condition, whose sufferers include British physicist Stephen Hawking. Celebrities including Taylor Swift, Kim Kardashian, Ellen DeGeneres, Benedict Cumberbatch and former U.S. President George W. Bush were among millions of people who took part in 2014, attracting more than 400 million views on social media. The challenge raised $220 million worldwide, according to the Washington-based ALS Association. News of the gene discovery again sent Ice Bucket Challenge viral, proving one of the top trending topics on Twitter last week.The money funded the largest ever study of inherited ALS and identified a new gene, NEK1, that ranks among the most common genes that contribute to amyotrophic lateral sclerosis, the ALS Association said in a statement on Monday.

"Global collaboration among scientists, which was really made possible by ALS Ice Bucket Challenge donations, led to this important discovery," said John Landers of the University of Massachusetts Medical School. Landers and Jan Veldink of University Medical Center Utrecht led the study involving researchers in 11 countries.

"It is a prime example of the success that can come from the combined efforts of so many people, all dedicated to finding the causes of ALS," Landers said in a statement. The research was published in the scientific journal Nature Genetics and scientists hope it will provide another potential target for therapy development.