Ultrasound utilized by US doctors to jump-start coma patient's brain 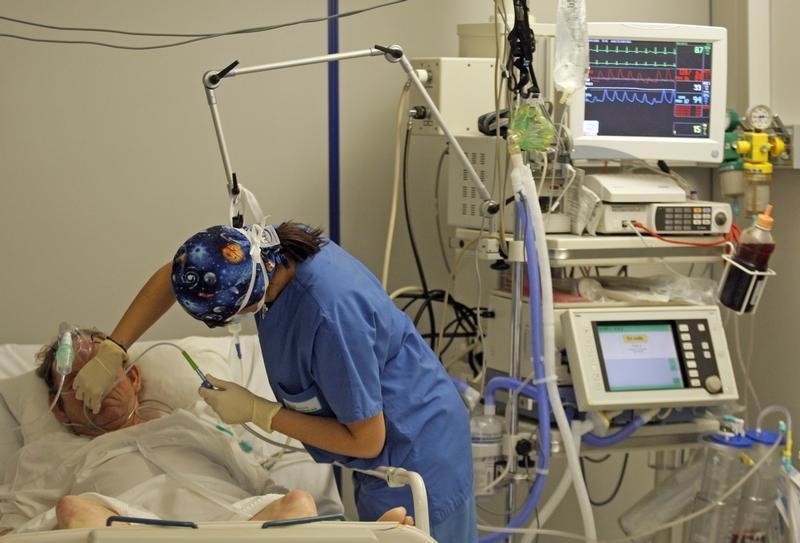 For the first time ever an ultrasound was used to "jump-start" a comatose patient's brain and the 25-year-old man has regained full consciousness, doctors said Wednesday.

Doctors said the medical team hopes the success of the procedure on the patient with a severe brain injury would lead to a non-invasive, low-cost treatment option.

The technique requires less energy than in ultrasounds used on pregnant women and utilizes sonic stimulation to rouse neurons in the thalamus region of the brain that helps process information.

The procedure was conducted at the University of California, Los Angeles. A report on the treatment was published in the journal Brain Stimulation.

"It's almost as if we were jump-starting the neurons back into function," the study's lead author Martin Monti, said in a statement. "Until now, the only way to achieve this was a risky surgical procedure known as deep brain stimulation, in which electrodes are implanted directly inside the thalamus. Our approach directly targets the thalamus but is noninvasive."

Before the ultrasound procedure, the patient showed only minimal understanding of speech and could perform very limited movements.

The treatment involved placing the ultrasound device, which is roughly the size of a small plate, against the patient's head. The device was then activated 10 times in 30-second duration, with the entire treatment taking only 10 minutes.

A day after the procedure, the man's responses had improved markedly. Three days after the treatment, the man had gained full consciousness and full language comprehension. He could also communicate by nodding or shaking his head and making hand gestures.

"The changes were remarkable," Monti noted.

While doctors are thrilled by the results, the team notes the procedure requires additional study to ensure it can be used consistently.