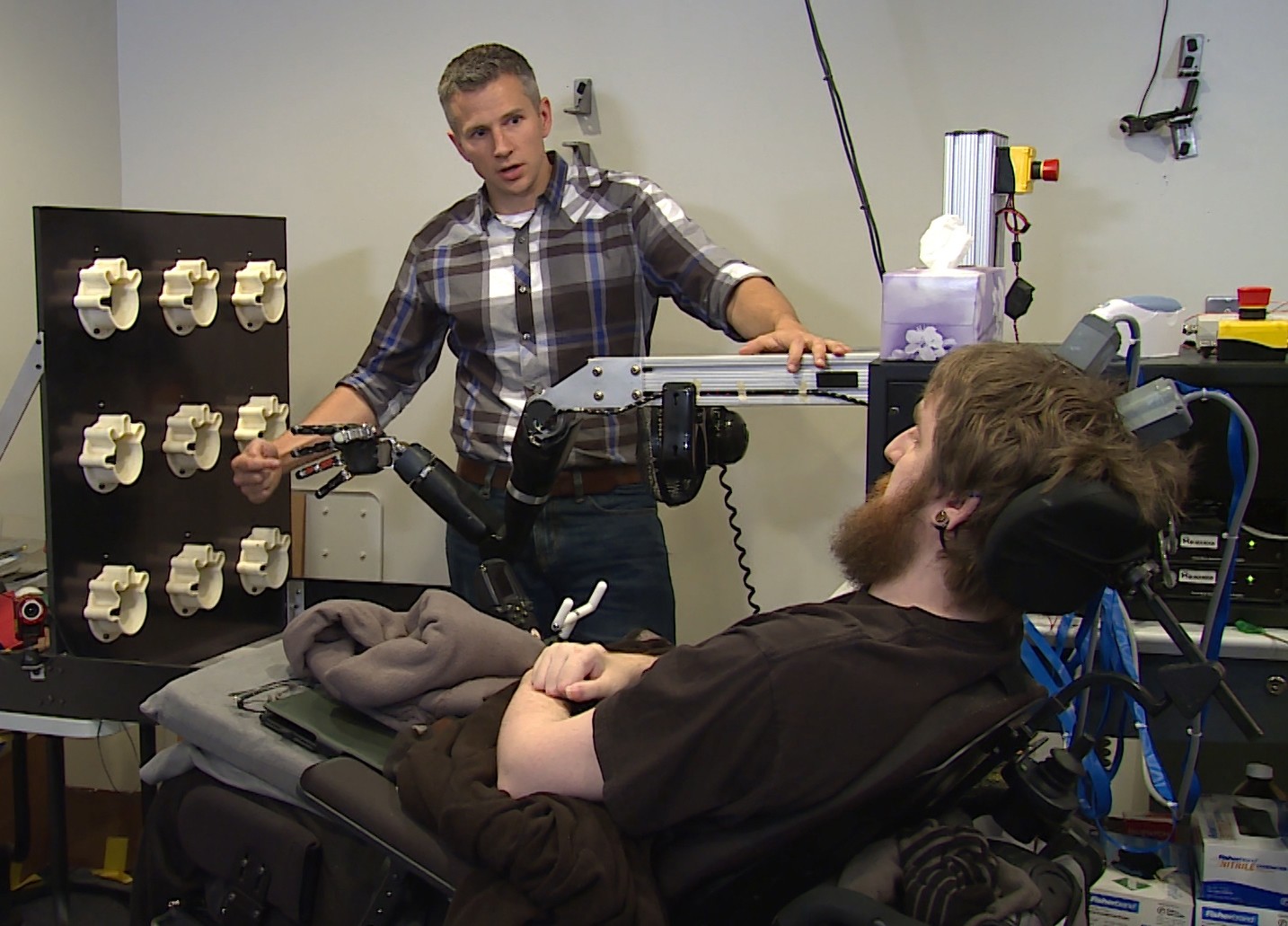 For the first time a paralyzed man is able to feel through a robotic arm by directly stimulating his brain with implanted microchips, scientists said Thursday.

Nathan Copeland is unable to move his lower arms or legs since a 2004 car accident left him immobilized. Last year, researchers implanted a series of four microchips in Copeland's brain with the intention of allowing him to control a robotic prosthetic arm with his mind. In linking this arm with the implants, scientists revealed, Copeland was able to feel the sensation of touch in his fingers for the first time in more than a decade.

"It worked great," Copeland said of the technology in a video released by researchers. "It felt like I was getting my fingers touched or pushed."

Copeland's case is the first time scientists were able to mimic the sensation of touch in a paralyzed patient's prosthetic limb. The breakthrough was published in the journal Science Translational Medicine by researchers at the University of Pittsburgh.

"The most important result in this study is that microstimulation of sensory cortex can elicit natural sensation instead of tingling," study co-author Andrew Schwartz said in a statement. "This stimulation is safe, and the evoked sensations are stable over months. There is still a lot of research that needs to be carried out to better understand the stimulation patterns needed to help patients make better movements."

In 2011, scientists at the University of Pittsburgh successfully built a robotic prosthesis that a paralyzed patient was able to control with her thoughts. However, the complex network of nerves and neurons that dictate the sensation of touch proved to be a sizable challenge for researchers.

It now appears that researchers have successfully built a robotic limb that allows paralyzed patients to feel. But there is still plenty of work to be done.

Copeland can feel pressure and texture, but he cannot distinguish temperature or certain other details.