Supergrain quinoa to be grown in Turkey's Adıyaman province 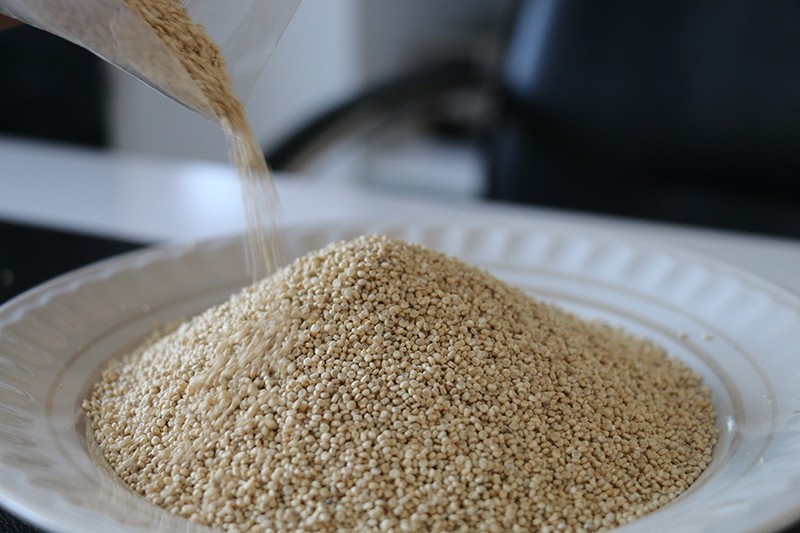 Quinoa, referred to as the super grain of the future will be grown in 10 pilot areas in Turkey's southeastern Adıyaman province, local food and agriculture director said in a recent interview.

Kahta District Food and Agriculture director Fahri Can told the Anadolu Agency that they set up sample fields in Adıyaman last year and received positive results.

Can said that quinoa will be cultivated on a 494.21 acre field and Adıyaman will aim to have a say in the global quinoa market.

A report will accordingly be prepared by Turkish universities, which will be presented to the Ministry of Food and Agriculture to include quinoa in the list of government-supported food products.

Known as "astronauts' nourishment" because it is the only plant that contains protein and all essential amino acids despite its small size, quinoa is also cultivated in Turkey's northwestern Bilecik province and offer farmers an alternative agricultural product.

One-hundred grams of quinoa has 350 calories, approximately six grams of oil, 70 grams of carbohydrates and six grams of fiber. Along with basic amino acids, the plant is also rich in calcium, iron and phosphor.