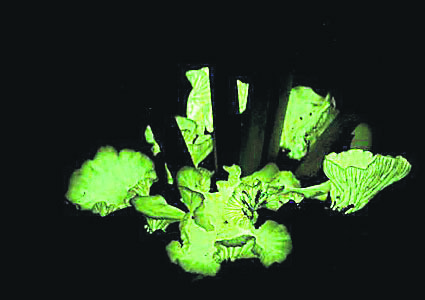 by Anadolu Agency
Dec 05, 2016 12:00 am
Two studies published Thursday have found that a single dose of psilocybin, the hallucinogenic chemical found in outlawed psychedelic mushrooms, can significantly diminish the mental anguish felt by patients with advanced cancer.

Researchers found psilocybin was effective at calming cancer patients and reducing depression. Even more intriguing, many patients in the study reported having a better mood half a year after the one dose of psilocybin.

The long-lasting reduction in depression and anxiety was reported by 80 percent of patients in both studies.

One team worked out of Johns Hopkins University and studied 51 adult patients, while scientists at New York University (NYU) studied 29 subjects. The teams, which had to get special permission from the federal government because psilocybin is a banned substance, released their findings concurrently in the Journal of Psychopharmacology. Both teams hope to get permission for larger clinical trials for the chemical.

"Our results represent the strongest evidence to date of a clinical benefit from psilocybin therapy, with the potential to transform care for patients with cancer-related psychological distress," Stephen Ross, the lead investigator for the NYU study, said in a statement. "If larger clinical trials prove successful, then we could ultimately have available a safe, effective, and inexpensive medication-dispensed under strict control-to alleviate the distress that increases suicide rates among cancer patients."

Psilocybin is found in 200 species of mushrooms across the globe and has been ingested, often in religious ceremonies due to its hallucinogenic and perception distorting properties. The drug was strictly outlawed in the United States in 1970 but doctors involved in the study hope restrictions might be loosened for additional study.

"The most interesting and remarkable finding is that a single dose of psilocybin, which lasts four to six hours, produced enduring decreases in depression and anxiety symptoms, and this may represent a fascinating new model for treating some psychiatric conditions," according to Roland Griffiths, who worked on the Johns Hopkins study.