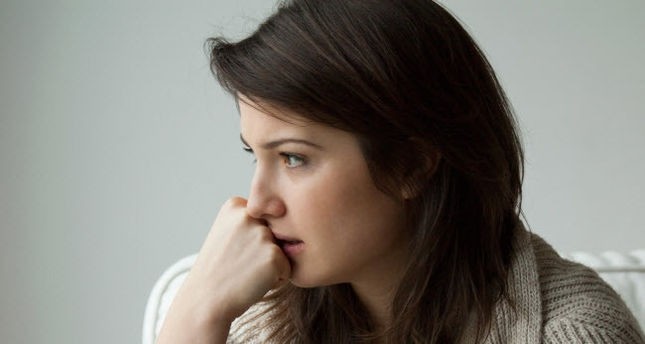 Modern man has unfortunately failed to keep up with today's ever-changing world, which has led to the excessive use of antidepressants prescribed by doctors. A recent study shows that depression will be a global health problem in less than 15 years

The "Mental Health Atlas," released by the World Health Organization (WHO), suggests that depression will create a global crisis by 2030. Even if a doctor recommends antidepressants, the user must be informed concerning why a medication is being prescribed, what to expect from the medication, and from where the necessity to use the medication originates, which are all important factors, not only in answering treatment-related questions, but also in assuring the effectiveness of the treatment.

The usage of antidepressants, especially to aid in the "secretion of the happiness hormone" known as serotonin, is a common misconception, according to Anadolu Medical Center Psychiatrist Cem Hızlan, who shared important information about the use of antidepressants.

Antidepressants are not 'happy pills'

Hızlan stressed that the perception that antidepressants can alter emotions and increase the level of happiness is wrong.

"Even in the medical community, they are often called 'happy pills,' which is a totally false belief. The main effect of antidepressants is to regulate failing mental functions, rather than changing our emotions," Hızlan said, explaining that when we use antidepressants, we still feel sad, angry and panic when facing events, but these reactions remain limited to the context and do not turn into vicious cycles.

Antidepressants are not addictive

Underscoring that antidepressants are not addictive, since they are not drugs or stimulants, Dr. Hızlan said they can be used safely for long periods, if necessary. According to Hızlan, the general medical practice suggesting that "if you start using an antidepressant, you cannot stop for six months" has created a false belief in the medical community, and except for very short-acting types, antidepressants can be cut off easily, without the need for gradual reductions.

"The problem here is not about the medicine, but about the situation. While using antidepressants, the symptoms of the disease repeat in a short time when the medications are cut off too early," Hızlan said, stressing that the usage of the medicines should not be terminated until one is sure that the disease will not reoccur, which of course, is possible under the supervision of a specialist.

The side effects of antidepressants vary depending on the type

Highlighting that antidepressants are not known to have long-lasting side effects, Hızlan said side effects are generally seen in daily life activities, and may vary depending on the selected drug. Noting that the potential users most frequently ask about the medications' relation to sleepiness, Hızlan explained that most antidepressants do not cause any sleep disruptions, and the drugs that do not disrupt sleep are generally preferred, since they do not affect daily activities. Hızlan also noted that these types of drugs have no side effects on attention and memory, and the drugs with sleep-aid qualities are generally preferred when the patient suffers from a severe-sleeping disturbance.

Depression is frequently confused with unhappiness. Unhappiness is a healthy feeling we experience in a situation that upsets us. Depression, on the other hand, is the state in which the feeling of unhappiness becomes independent from various situations, and becomes continuous. When one is depressed, the unhappiness, which is usually a healthy feeling, now self-exists by creating a vicious cycle, independent from surrounding events.

That is why antidepressants do not treat unhappiness, or if we use an antidepressant when we're unhappy, we do not feel a change in our mood. But in the case of depression, antidepressants eliminate the failing function, which is the vicious circle of unhappiness that continues independently from the surrounding events. A similar pattern of treatment is being researched for anxiety and other similar-mental issues.

According to a study conducted by the Australian National University, depression is highest in Middle Eastern and North African countries. The study indicates that the world's most depressed country is Afghanistan, where one out of every five people suffer from depression. The happiest people, on the other hand, are the Japanese.
Last Update: Dec 16, 2016 3:01 am
RELATED TOPICS