Henry Heimlich, who invented the Heimlich manoeuvre to save choking victims, dies aged 96 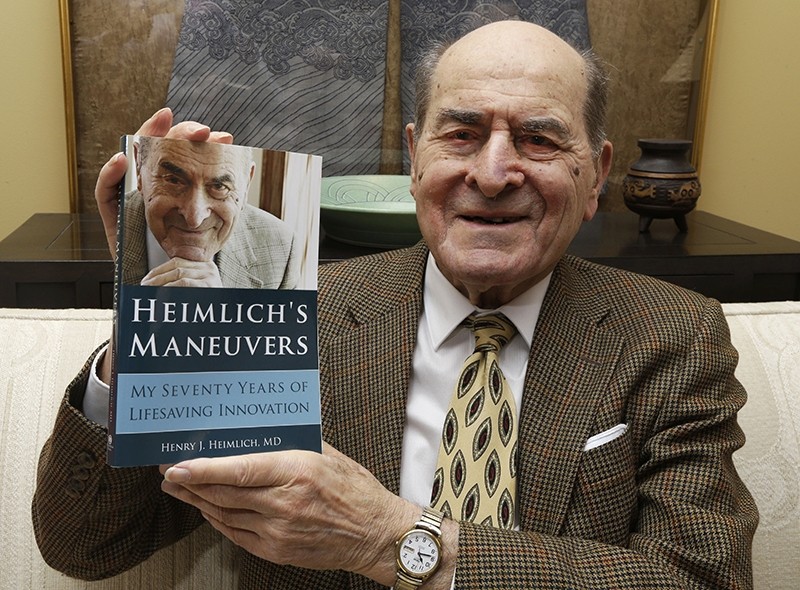 Henry Heimlich, the doctor who gave his name to a famous technique that saved the lives of countless choking victims, has died aged 96, news media reported Saturday.

Heimlich, a thoracic surgeon, died at a nursing home in Cincinnati, Ohio following a heart attack.

The "Heimlich maneuver," which he invented in 1974 after seeing people choke - and some die - in restaurants, is thought to have saved tens of thousands of lives.

To perform it, a person stands behind the choking victim and applies pressure to the lower diaphragm with his or her hands. Compressing the air in the lungs in this fashion can force the foreign object out of the trachea.

The many people whose lives have thus been saved include former U.S. President Ronald Reagan and the actresses Marlene Dietrich and Elizabeth Taylor.

Heimlich himself had employed the maneuver a few months ago to save the life of a fellow retiree at his nursing home, an 87-year-old woman.

But he was also the center of controversy more than once. Heimlich had advocated the use of the maneuver for other purposes - to save drowning victims or to help asthma sufferers - that never gained a following.

And in his later years, he had advocated exposing AIDS victims to malaria, a treatable disease, to boost their resistance.