Scissors left inside Vietnamese man's stomach during surgery, pulled out after 18 years 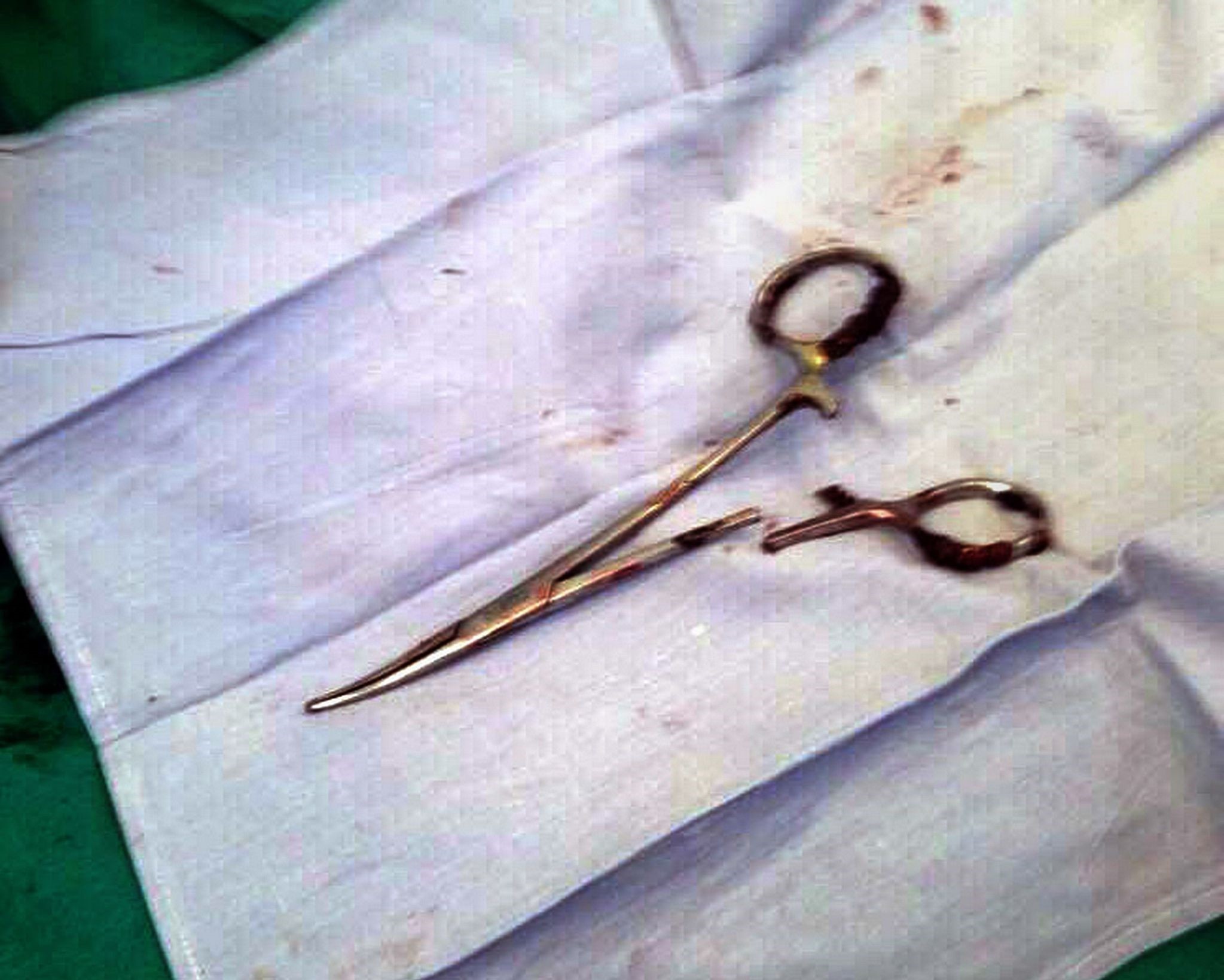 Ma Van Nhat, now 54, underwent surgery in 1998 after a car accident and only recently discovered that doctors had left an unwelcome gift behind when they closed him up. (AFP Photo)
by French Press Agency - AFP Jan 03, 2017 12:00 am

A Vietnamese man has had scissors removed from his abdomen which were left behind during surgery 18 years ago, after reporting a stomachache that was nearly two decades in the making.

Ma Van Nhat, now 54, underwent surgery in 1998 after a car accident and only recently discovered that doctors had left an unwelcome gift behind when they closed him up.

Doctors discovered the 15-centimetre (six-inch) scissors near his colon after a recent ultrasound.

He had a three-hour operation at the weekend to remove the scissors, according to Ngo Trung Thang, deputy head of general affairs at Gang Thep Thai Nguyen hospital, 80 kilometres (50 miles) north of Hanoi.

The ultrasound that discovered the scissors only came about after Nhat reported stomach pains.

Officials said they were searching for the doctors who performed surgery in Bac Kan province in 1998, but have not yet tracked down any culprits.