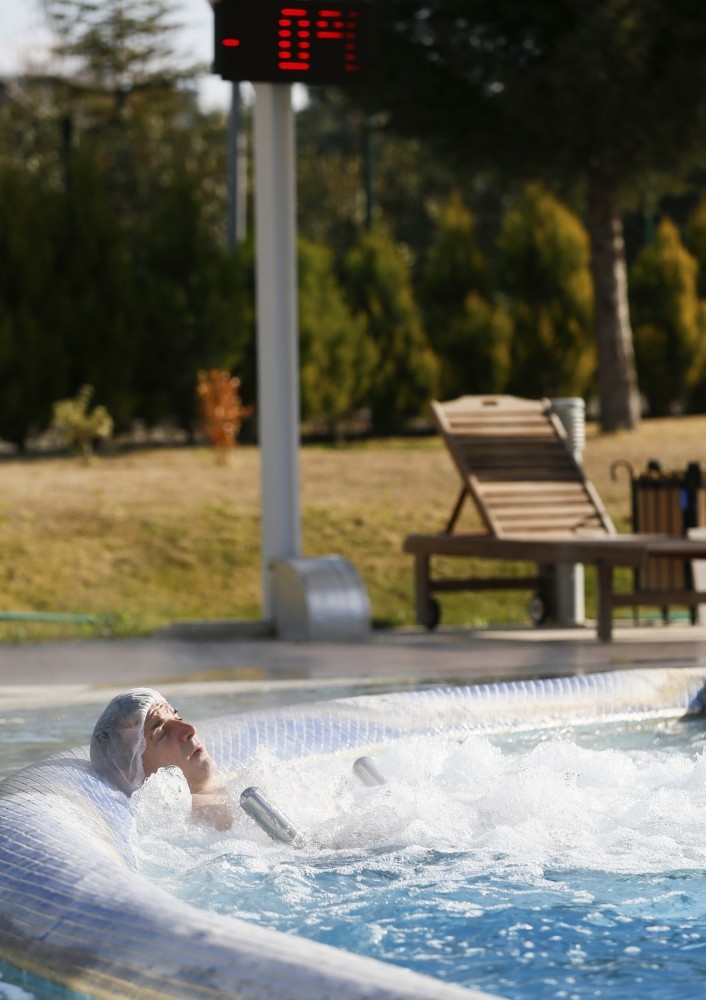 by Anadolu Agency Jan 05, 2017 12:00 am
In the Balçova district of İzmir, the Agamemnon Hot Springs are a favorite tourist spot where local and international visitors flock to experience a thermal oasis, named after the ancient king of Mycenae and legendary commander of the Trojan War.

Balçova's thermal springs have served as a healing and rehabilitation center for hundreds of years. According to legend, Agamemnon's daughter, whose body was covered with bruises and wounds, was healed by these hot springs. It is rumored that soldiers wounded during the Trojan War were also healed here along with the majority of soldiers who served under Alexander the Great.The healing center, formally the Balçova Thermal Hotel, uses modern medicine to optimize the facility's capabilities and attract tourists. Speaking to Anadolu Agency, Balçova Thermal Hotel General Manager Ramazan Kaya said the hot springs in Balçova are among the top healing spots in Turkey and the world.

According to Kaya, the Balçova thermal facility has a medical team of 40 professionals, offering physical therapy and rehabilitation to a growing number of tourists. He indicated that this facility is one of the most prominent thermal tourism centers in Turkey, a major success he attributes to its seven hot springs, which offer healing waters rich in sodium, bicarbonate, chlorine, fluorine and calcium. Kaya pointed out that they host thousands of visitors annually, noting, "We offered treatments to 60,000 local and international tourists in 2016."

Kaya underlined that in the past 24 years, 1,300 patients suffering from rheumatic diseases were treated annually in accordance with a deal signed between Turkey and the Norwegian Ministry of Health: "Nearly 40 percent of our patients are international tourists. People come from all over the world, especially from Scandinavian countries, as 35,000 of 80,000 visitors who seek accommodations are foreigners. These numbers clearly show our contribution to health tourism in the province of İzmir. Our goal is to bring tourists from Turkic republics, Iran, the Middle East and Europe to our hotel," Kaya concluded.
Last Update: Jan 05, 2017 1:13 am
RELATED TOPICS