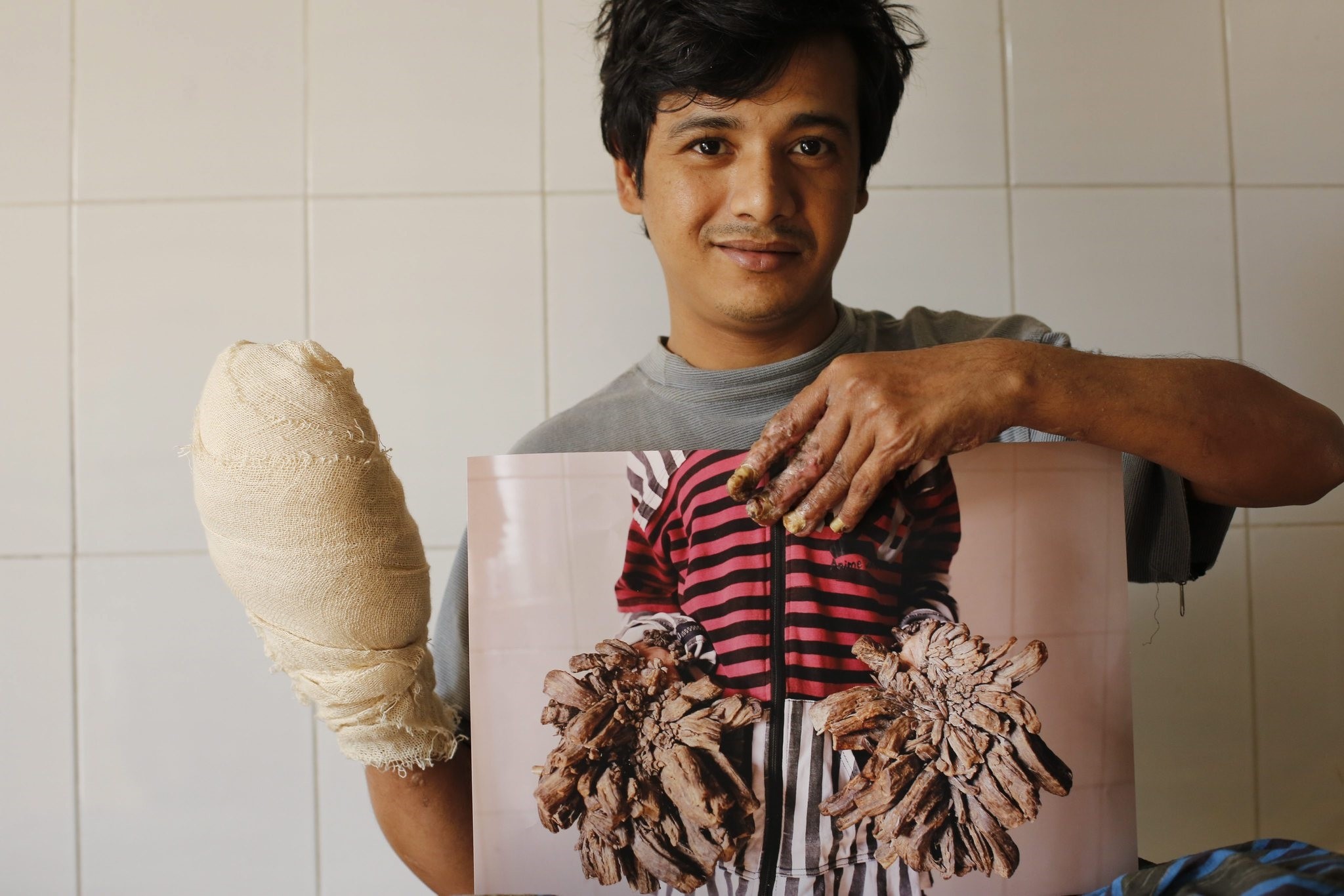 bul Bajandar, a patient diagnosed with epidermodysplasia verruciformis (EV), a rare skin disease, shows a photograph of his hands before operation. (EPA Photo)
by French Press Agency - AFP Jan 10, 2017 12:00 am

A Bangladeshi father dubbed the "tree man" because of the bark-like warts that once covered his body will soon be able to leave hospital after groundbreaking treatment for one of the world's rarest diseases.

Abul Bajandar has undergone at least 16 operations to remove five kilos (11 pounds) of growths from his hands and feet since his condition came to doctors' attention a year ago.

The 27-year-old former rickshaw driver is one of only four people in the world ever to be diagnosed with epidermodysplasia verruciformis, an extremely rare genetic condition dubbed "tree-man disease" that left him unable to hold his three-year-old daughter.

"We operated on him at least 16 times to remove the warts. The hands and feet are now almost fine. He will be discharged within next 30 days after a couple of minor surgeries to perfect the shape of his hands," Sen said. 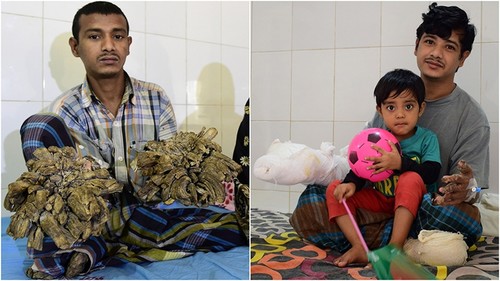 Sen believes Bajandar could become the first person to be cured of the disease, provided the warts do not grow back.

Only last year an Indonesian man died of the rare genetic condition.

Speaking from his bed at the Dhaka Medical College Hospital, which has been treating him free of charge, Bajandar said the pain of his condition had been "unbearable".

"I never thought I would ever be able to hold my kid with my hands," he said, showing a bandaged hand.

"Now I feel so much better, I can hold my daughter in my lap and play with her. I can't wait to go back home."

Bajandar, who comes from a poor village in the southern coastal district of Khulna, became a celebrity after his condition was widely covered in local and international media.

He met his wife Halima Khatun before he contracted the disease, but it had taken hold by the time they married, against her parents' wishes.

All three have lived in the hospital since he was admitted for the first surgery nearly a year ago.

"He is probably the most loved and longest-staying patient in this hospital," said duty doctor Nurun Nahar.

Bajandar initially thought the warts were harmless, but they eventually covered his hands and feet, forcing him to stop working.

Now he plans to set up a small business using donations received from well-wishers across the world.

"I was so worried about raising my daughter," he said. "I hope the curse won't return again."