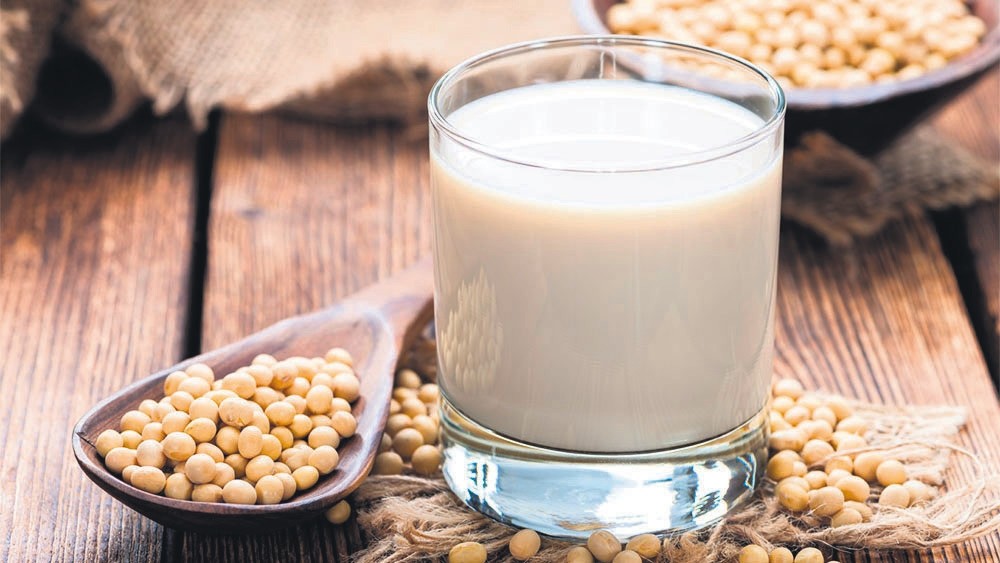 Soy milk
by Mar 08, 2017 12:00 am
Eating more soy may be tied to better survival odds for many women with breast cancer and may not be harmful for patients treated with hormones, a new study suggests.Previous nutrition research has linked soy to a longer life, but prior studies have also suggested soy may help tumors spread by making hormone-based cancer treatments, or endocrine therapy, less effective.

For the current study, researchers examined data on 6,235 U.S. and Canadian women with breast cancer. More than half of the women were followed for at least nine years.

During the course of the study, women who ate the most foods containing soy were 21 percent less likely to die than individuals who consumed the smallest amounts of soy. "All women or all breast cancer survivors can add soy as a component of a healthy diet," said lead study author Dr. Fang Fang Zhang, a nutrition and science policy researcher at Tufts University in Boston.

The study focused on isoflavone, a compound in soybeans that can be found in foods like tofu, miso, edamame and soy milk. Isoflavone is in a family of plant compounds known as phytoestrogens that are chemically and structurally similar to the female sex hormone estrogen.

"Our findings, taken together, indicate that soy food consumption does not have a harmful effect for women treated with endocrine therapies, but the benefit may be limited to women with negative tumor hormone receptors or those who were not treated with endocrine therapies," Zhang added by email. For the study, researchers examined data from dietary questionnaires for women diagnosed with breast cancer from 1996 to 2011. They excluded women who died within one year of completing the first questionnaire.

At the start, women were 52 years old on average and most had at least some education beyond high school. About 47 percent took hormone therapy for tumors.

On average, women consumed 1.8 milligrams of isoflavone daily, roughly the amount in one ounce of soy cheese and far less than a 3-ounce serving of tofu or a half-cup portion of edamame.

During the study, 1,224 women died. Overall, women with the highest quartile of dietary isoflavone intake, an average of at least 1.5 milligrams a day, were 21 percent less likely to die than women in the lowest quartile who got less than 0.3 milligrams a day, researchers report in Cancer.

Researchers also lacked data on the type and length of hormone therapy for women who received this treatment, which could also impact survival odds. Still, the findings build on previous research in Asia that linked high dietary soy intake to a lower risk of developing breast cancer, said Dr. Ömer Küçük, a researcher at the Winship Cancer Institute of Emory University in Atlanta.