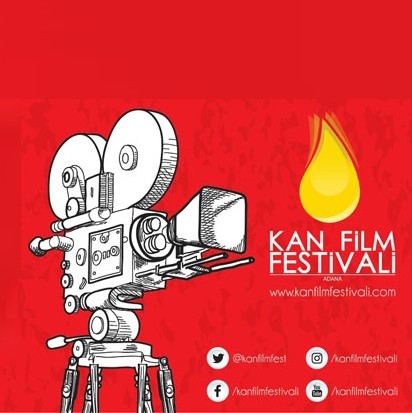 Kan Film Festival is organized to prevent diseases like leukemia, thalassemia & sickle cell anemia, to bring a different perspective to problems that existing patients experienced in a social environment & to raise awareness with artistic activities.
by Daily Sabah Apr 20, 2017 12:00 am

Aimed to raise awareness about the importance of blood donation, the International Kan (Blood) Film Festival and the 'Would You Be My Hope?' short film festival are supported by the Turkish Red Crescent and are awaiting applications from directors

Working to meet Turkey's blood donation needs, the Turkish Red Crescent is aiming to raise awareness of blood donation by supporting the 2nd International Kan (Blood) Film Festival and the Umudum Olmaya Var Mısın? (Would You Be My Hope?) short film festival. Blood donation events will also be held during the festivals.

The two short film festivals supported by the Turkish Red Crescent aim to draw attention to blood diseases and blood donations as well as contributing to cultural life. The Red Crescent will support the 2nd International Kan Film Festival, which will be held on May 5-7, 2017 in Adana by the Federation of Blood Diseases, through blood donation events. The festival is organized in order to prevent diseases such as leukemia, thalassemia (Mediterranean anemia) and sickle cell anemia, to bring a different perspective to the problems that existing patients have experienced in a social environment and to raise awareness through artistic activities.

The event will be held for the second time this year on May 5-7, 2017 in Adana with the support of the Culture and Tourism Ministry. Organized for the first time in 2015 under the name of the Kan Film Festival, the festival was created to raise social awareness for patients with hereditary blood diseases and to raise an awareness of their dependence on blood throughout their whole lives. The films that break the top three will be awarded with a total prize pot of TL 15,000 ($4,000). 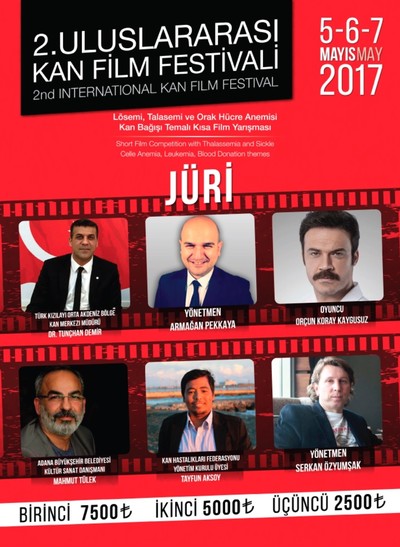 In the three-day festival program, both artistic activities and events for blood donation awareness will be held in Adana. The festival program will include film screenings, panels, exhibitions, an awareness march, blood and stem cell donations and an awards ceremony.

The short film competition "Would You Be My Hope?" will be held in Istanbul. The competition is trying to create a social consciousness about volunteer stem cell donation. It was organized for the first time with support from the Turkish Red Crescent. The competition also aims to destroy the taboos regarding blood donation and will explain "the sanctity of saving a human life." Applications for the competition will be accepted until April 24.

In the short film competition, organized by students at the Istanbul University Entrepreneurship Club, the winner will be awarded with TL 5,000, followed by TL 3,000 for the runner up and TL 2,000 for the third place, while the fourth place will be given an honorary mention.