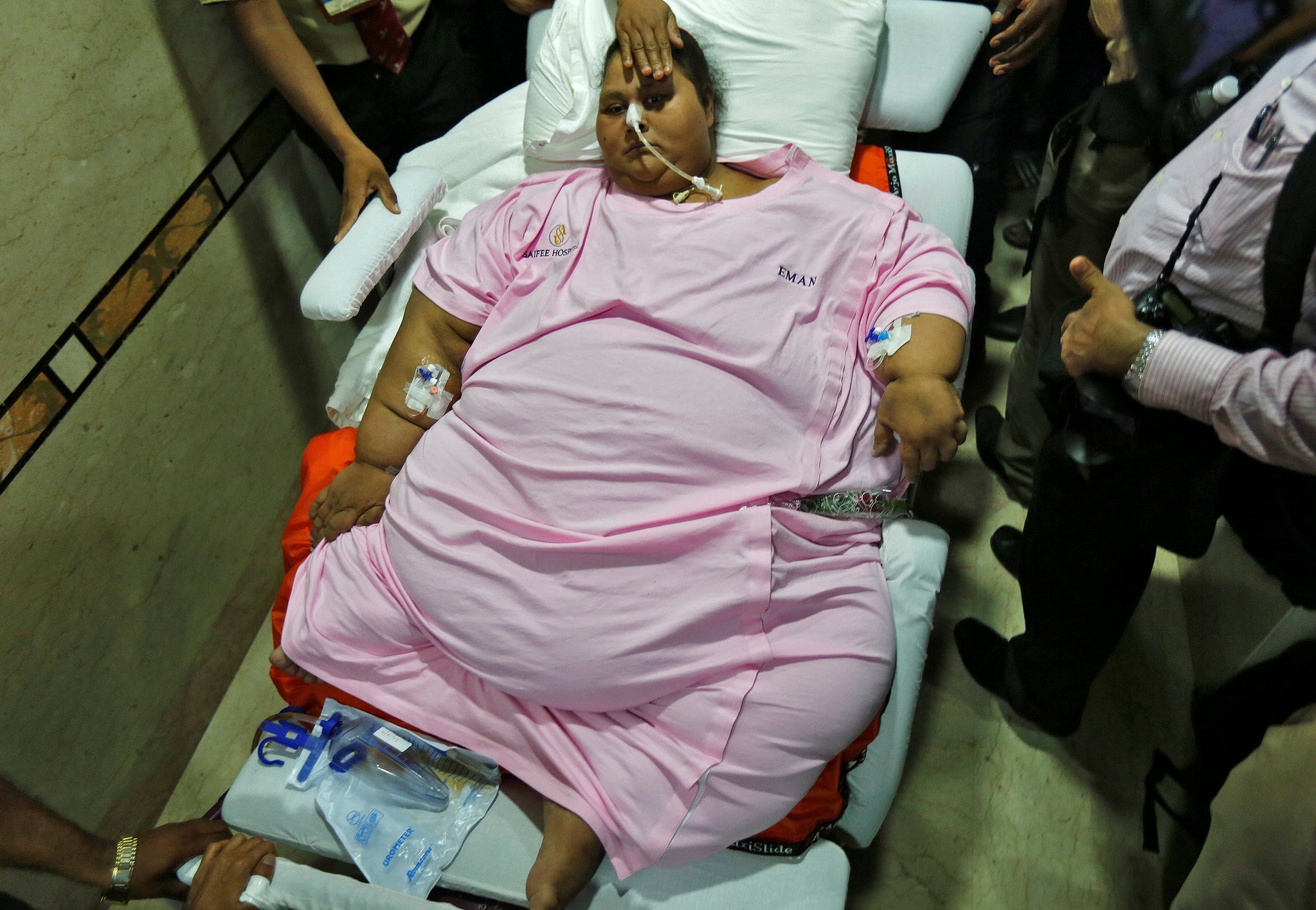 An Egyptian woman who lost about 325 kilograms (715 pounds) after undergoing weight-loss surgery in an Indian hospital left Thursday for the United Arab Emirates for long-term treatment.

Eman Ahmed, who weighed more than 500 kilograms (1,100 pounds) when she was flown to Mumbai for surgery in February, was reportedly the world's heaviest woman.

Doctors who reduced the size of her stomach to help her lose weight said she will continue her treatment in Abu Dhabi.

Medical experts at Mumbai's Saifee Hospital put her on a special liquid diet to get her weight down to a low enough level for doctors to perform the operation.

The 36-year-old from Alexandria has lymphedema, a condition that causes body tissue to swell. She had a stroke when she was 11, after which her weight gradually increased.

The funds for her travel and medical care were raised through crowd-sourcing with people from India and elsewhere contributing to her treatment.

A chartered aircraft took Ahmed and a team of nine doctors to Abu Dhabi.