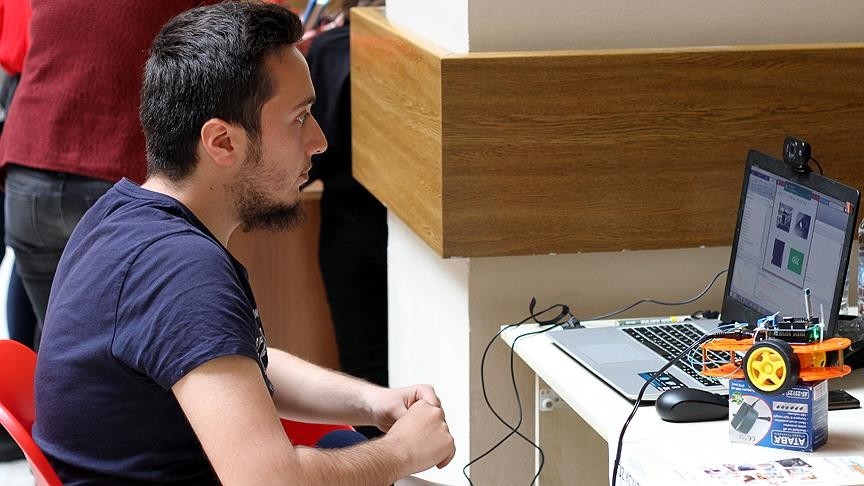 Three students from Turkey's Erciyes University have developed a wheelchair prototype controlled only by the movement of its user's pupils, in a ray of hope for people living with paralysis.

The electrical engineering students in the central Anatolian university, Alperen Kara, Kübra Uyanık and Osman Nuri Koç produced the prototype, which will let the disabled control wheelchairs with their pupils, rather than their eyelids. With pupils in control, life conditions will become easier for the many disabled people who cannot move their eyelids, but have control over their eyes.

The university seniors said that they wanted to develop the project mainly for patients paralyzed from the neck down.

The system works in parallel with the movement of the user's pupils and a camera attached to a helmet or glasses. As the camera tracks the movement, it transmits the signal to the specially engineered wheelchair. 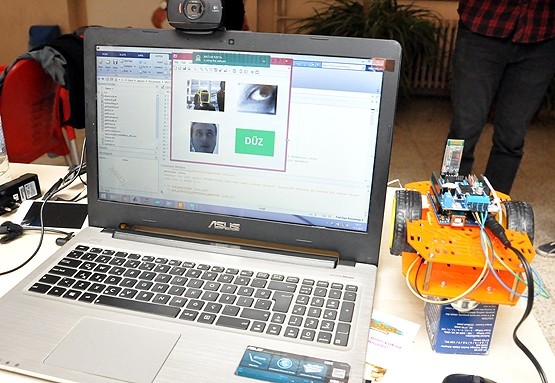 Supported by the Scientific and Technological Research Council of Turkey (TÜBİTAK), the prototype will be realized as an invention, Alperen Kara said. "We have developed this prototype for the sufferers of paraplegia and Multiple sclerosis. In Turkey, we have a wheelchair that relied on winking to work but this device will help the patients even more," he said.