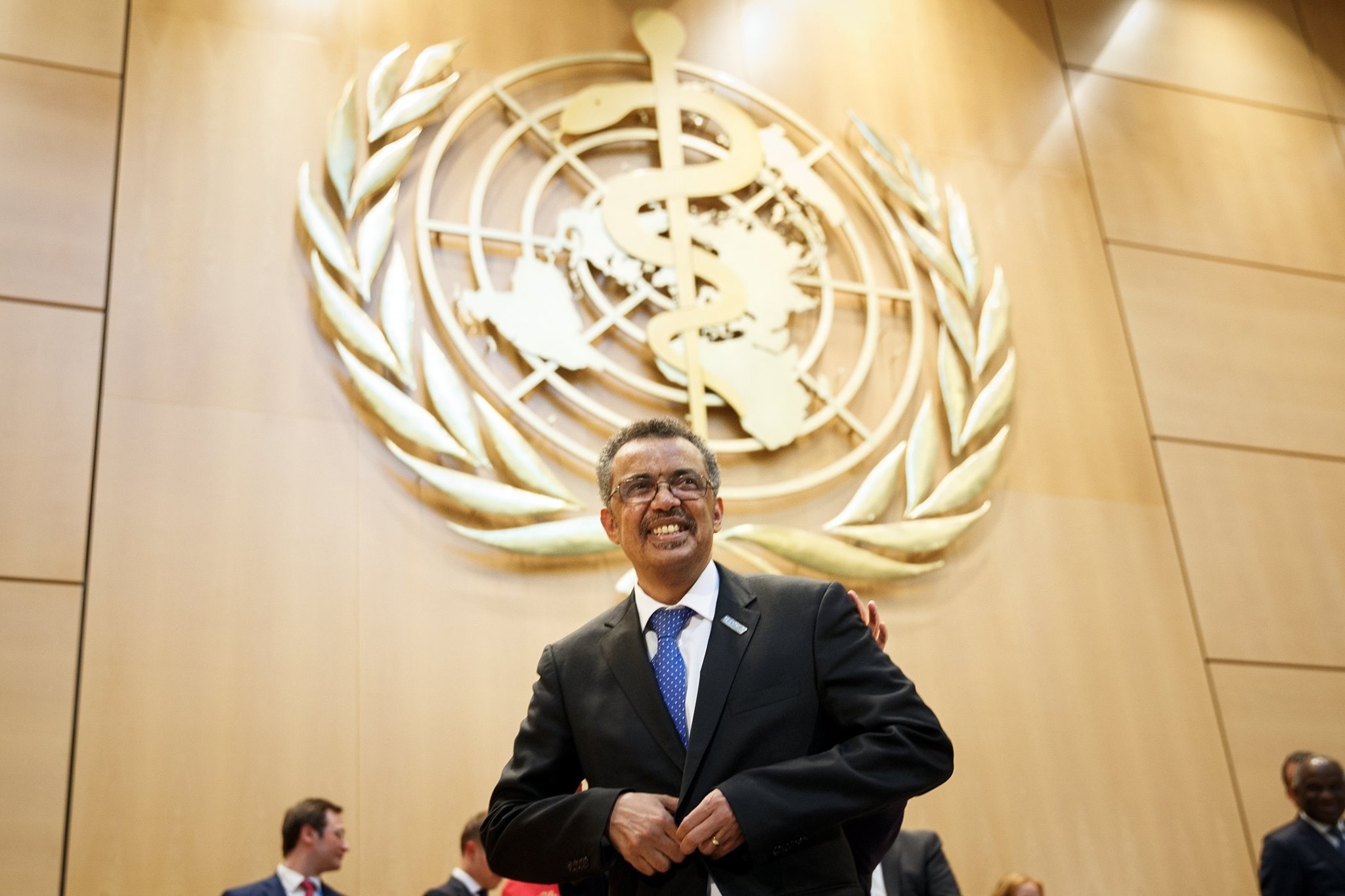 Dr Tedros Adhanom Ghebreyesus newly elected as Director General of the World Health Organization (WHO), smiles to the audience after his election during the 70th World Health Assembly at the European headquarters of the UN. (EPA Photo)
by Anadolu Agency May 23, 2017 12:00 am

Dr. Tedros Adhanom Ghebreyesus from Ethiopia was elected as the new director-general of the World Health Organization (WHO) in Geneva on Tuesday.

Ghebreyesus will be the first African ever to lead the UN health agency. He was Ethiopia's foreign minister from 2012 to 2016 and also served as the country's health minister between 2005 and 2012.

He will begin his five-year term as WHO head on July 1.

The delegates chose Ghebreyesus over U.K.'s Dr. David Nabarro, in the final round of election. He received 133 votes while Nabarro got 50, with two abstentions.

The third candidate from Pakistan, Dr. Sania Nishtar, got eliminated in the first round.

The election took place during the 70th World Health Assembly in Geneva, which will continue until May 31 to discuss global health issues.

Ghebreyesus will succeed Dr. Margaret Chan from China, who has been WHO's director-general since Jan. 1, 2007.

Ethiopia Foreign Ministry spokesman termed Ghebreyesus' election to the top post as a "victory for Africa and Ethiopia".