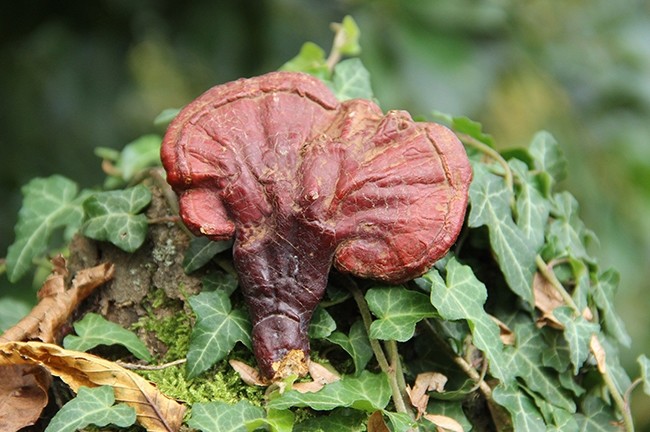 A so called "immortality mushroom" was discovered by chance in the Kaz Mountains of western Turkey's Çanakkale province.

The "Reishi mushroom," also known as the immortality mushroom, is one of the 32 local species that grows in abundance in the Kaz Mountains.
The inedible mushroom, which is used by the pharmaceutical industry, could be a new source of income for villagers in the region.
Mehmet Özenç, a retired forest worker who lives in the Çırpılar Village on the northern slopes of the Kaz Mountains, entered the forest looking for edible mushrooms when he encountered a species under some tree trunks that he had never seen before.

Özenç began to research his discovery, eventually determining that he had found the rare Reishi mushroom, nicknamed the immortality mushroom for its uses in curing diseases.
"After learning that these mushrooms could be sold for 1,000 Turkish liras ($285) per kilogram, I thought that it could be a new income source for the villagers. However, because many of them do not know the value of the Reishi mushroom, villagers do not pick it," Özenç explained.

Reishi mushrooms, belonging to the Polyporaceae family of fungi, can be processed and sold as tea, capsules or liquids, thus having a significant economic value.