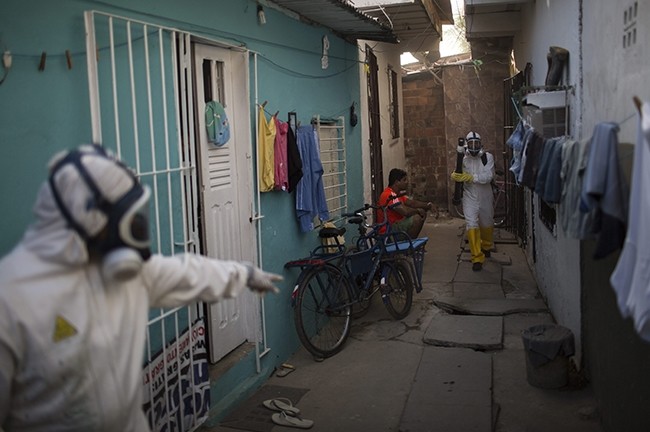 Poor sanitation and water conditions that contributed to an outbreak of Zika persist in Brazil and leave the country vulnerable to a resurgence of the virus, a rights group said Thursday.

Brazil declared an end to the public health emergency over the mosquito-borne disease in May, 18 months after a surge in cases of the virus, which has been linked to birth defects. But Human Rights Watch is warning of the threat of a new outbreak, saying Brazil has done too little to help the millions who don't have a continuous water supply or access to adequate sanitation services.

The group's report notes that because more than one-third of Brazilians can't count on their water supply, they often store water in tanks, which can serve as mosquito breeding grounds if not covered or treated. Researchers with the group also described seeing raw sewage flowing into communities, where it sometimes creates dirty pools of water that also are ideal breeding grounds.

"Years of neglect contributed to the water and wastewater conditions that allowed the proliferation of the Aedes mosquito and the rapid spread of the virus," the report said. "Brazilian authorities should make long overdue investments in water and sanitation infrastructure to control mosquito breeding and improve public health."

The report also urges the government to decriminalize abortion and provide more support to children who are suffering from the effects of Zika. Abortion is illegal in Brazil except in cases of rape, danger to a mother's life or anencephaly, a birth defect involving the brain. Some research indicates that more women sought illegal abortions in Brazil during the Zika outbreak.

While the virus itself often only results in mild symptoms, it can lead to severe birth defects, including microcephaly, which causes babies to be born with skulls much smaller than expected.

In addition to microcephaly, other birth defects and complications have been linked to Zika, including seizures, hearing problems, deformed limbs and swallowing difficulties. The government has provided therapy and some financial assistance to families whose babies are affected, but many, especially those in rural areas, have said they need more help.

The number of cases of Zika and microcephaly fell dramatically this year, and Brazil's Health Ministry has said this shows its mosquito-eradication efforts, including spraying campaigns, are working. But Human Rights Watch's report criticizes the government for placing too much of the responsibility for mosquito control on households — in particular women. A major plank of the government campaign involved urging people to clean their houses regularly to ensure there was no standing, untreated water.