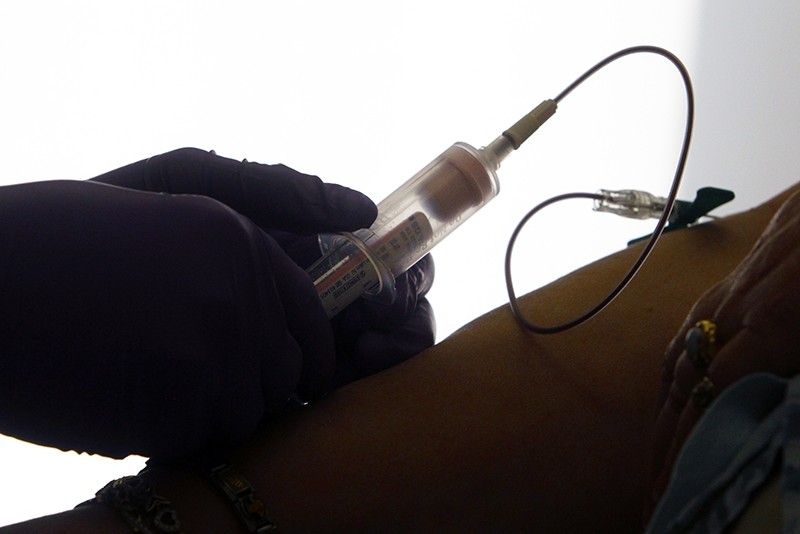 A test that scans blood for tumor-specific DNA identified early-stage cancer in more than half of 138 patients with the disease, U.S. researchers reported on Wednesday, marking a new milestone in the rush for so-called "liquid biopsies."

Several companies already offer tests that can detect cancer DNA in the blood of patients with late-stage cancers. Such tests are used to help guide treatment or identify whether cancers have returned after surgery.

Researchers behind the early-stage test hope it could be used to identify cancers at a stage when patients have a better chance at survival.

"To our knowledge, this is one of the first studies that has looked directly at early-stage cancers," said Dr Victor Velculescu, professor of oncology at Johns Hopkins Kimmel Cancer Center, whose study was published in the journal Science Translational Medicine.

For the study, the team screened blood samples from patients with breast, lung, ovarian and colorectal cancers, looking for 58 genes typically linked with these cancers. Overall, they were able to detect 86 out of 138 stage I and stage II cancers. They also sequenced mutations in tumors from 100 of the patients studied, and found that in 82 patients, the same mutations found in the blood corresponded with those found in the tumor tissue.

They also tried the test on 44 healthy patients, and showed it did not detect any cancer-derived mutations.

Velculescu said more studies would be needed in much larger populations to prove the test can safely and accurately identify early-stage cancers, a process that could take up to five years.

The hope, he said, is that it would identify cancers at a stage when patients have a better chance at survival. First uses of the technology would be in patients at high risk for developing cancer, such as heavy smokers, he said.

In addition to being a researcher at Johns Hopkins, Velculescu is a co-founder of Personal Genome Diagnostics, a private liquid biopsy company. The study was done by Johns Hopkins researchers, he said.

In June, Grail, a spinoff from gene sequencer maker Illumina , presented a feasibility study for its liquid biopsy test at American Society of Clinical Oncology meeting in Chicago. In that study, researchers analyzed tissue and blood from patients with advanced cancers. Grail is also pursuing early-stage cancer detection.