Think before you ink: Tattoo ink can migrate into the body and build up in lymph nodes 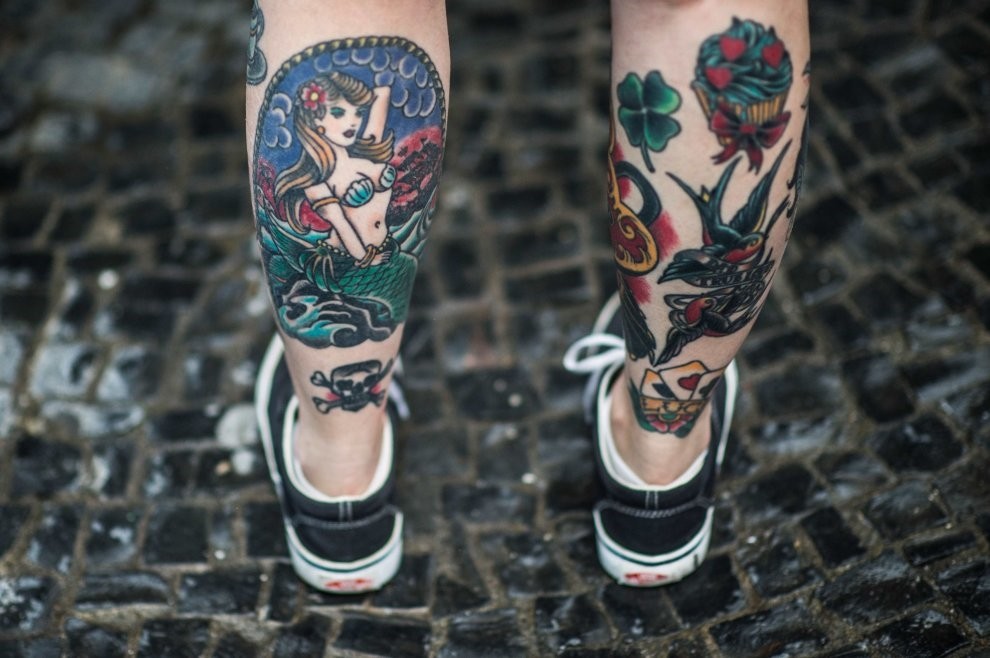 Microscopic particles from tattoo ink can migrate into the body and wind up in lymph nodes, crucial hubs of the human immune system, a study revealed Tuesday.

The tiny particles -- measuring a few millionths to a few billionths of a centimeter -- include molecules from preservatives and contaminants such as nickel, chromium, manganese and cobalt, researchers reported in the peer-reviewed journal Scientific Reports.

Tattoo coloring is composed of various organic and inorganic pigments, and can be contaminated with toxic impurities.

The chemical has been associated with delayed healing, itching and skin irritation.

"When someone wants to get a tattoo, they are often vary careful in choosing a parlour where they use sterile needles," said co-author Hiram Castillo, a researcher at the European Synchrotron Radiation Facility in Grenoble, France.

"No one checks the chemical composition of the colors, but our study shows that maybe they should."

Scientists in Grenoble, joined by colleagues at the German Federal Institute for Risk Assessment in Berlin, used X-ray fluorescence measurements to identify particles in the skin and the lymph nodes, which are located in the neck, under the arms and along the crease between the thighs and the abdomen.

Only the tiniest, nano-scale particles made it into the lymph nodes.

The researchers also used a technique called Fourier transform infrared spectroscopy to assess changes in tissue near tattoo particles at the molecular level.

They reported "strong evidence" for both the migration and long-term deposit of toxic elements in the body.

Now that their presence has been established, the next step is to look for evidence of adverse effects, including inflammation, they said.

Once a rarity outside of marginal communities, tattoos have become mainstream fashion accessories in recent years.

By one estimate, some 40 percent of Millennials in the United States have at least one tat, hidden or on display.